I was 11 years old when I was forced to deal with a death in the family. As an 11 year old, you don’t really understand or comprehend what that really means. “What do you mean we’re not going to see him again?”, “Why do people die?”, “There are a lot of bad people in the world, why is he the one who had to die?” Those are many of the questions that ran through my mind as I tried to make sense of it all. My grandfather would have been 95 today. This year he’ll be gone 37 years. Still, after all that time, the lessons I learned from him (either by his example or by him vocally) remain with me.

One of the things I remember most about him was playing cribbage. He had a cribbage board that we played on when I was at his house. He always beat me. He was good! One day I noticed that there was something written on the back of his board. He told me that when I finally beat him, I could “sign his board”, too. Well, now I had something to play for! On February 3, 1980 it happened. “Super fourth grade student wins the big man on this day. Super student feels great. Big man feels bad. I love it” is what I wrote. He got me back on my own cribbage board – twice!
On my cribbage board, he wrote: “Skunked Charlie on this board 7-18-80. H.D. And we know who Charlie is, don’t we” is what he wrote the first time he beat me. Followed immediately by, “Did it again on 12-31-80 – on New Years Eve”! 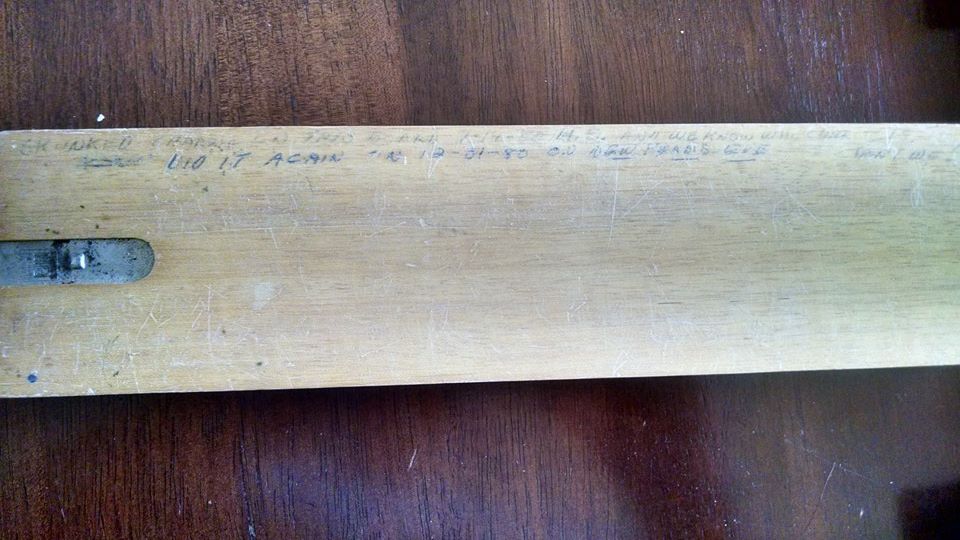 That was the last game played on that cribbage board!

Summers were spent in Caseville, MI (long before the Cheeseburger Festival began). We’d go up to the trailer and spend days fishing at the back lake, riding the mini-bike, and eating dinner at the picnic table. I remember helping lay down the rocks for the driveway. I remember one holiday weekend the family was there and my grandpa had left his glass of peppermint schnapps on the table. I thought it was water and when I tried it I remember thinking “wow, this is tastes different” and drank it all (which was maybe 2 ounces). When he came to the kitchen looking for it, he found the glass empty and me sitting in a chair. “Buddy, you are gonna sleep well tonight”, he told me.

In Caseville, there was only like one or two radio stations that came in. Early on, there was no TV at the trailer, so it was the radio or cassette tapes for entertainment. Two tapes I remember very well. Johnny Paycheck’s Greatest Hits Volume 2 and Willie Nelson’s Stardust. My grandpa played that Willie Nelson cassette over and over and over! It drove my mom and others crazy! I remember him saying that his favorite song on the album was September Song. Probably just a coincidence but he passed away in September. That album remains one of my all time favorites.

I remember we were out walking the railroad tracks during one of the summer stays. Whether we were in Caseville or on a trip up the road to Port Austin, or Pidgeon, I don’t recall. They had put in new rails. As we walked my brother and I spotted old railroad spikes. These are the big nails that they pound into the rails. My grandpa told us each to get one. They were old and rusty, but he said he would “fix” them. He worked a a place where he nickel plated them for us and I still have mine to this day. A fun memory for sure.

I only got in trouble with him twice. Incident number one involved water balloons. Kids are stupid. For some reason we thought it would be fun to roll water balloons out into traffic at the end of my street and watch cars run them over. So here we are at the corner, during lunch time rush hour rolling these things in to traffic. Who drives by? Grandpa. He honks his horn and makes eye contact with me while he is waving his finger at me. Without saying anything, he was saying, “Get away from the road dummy! You could get hurt”. I remember when my dad got home from work and after dinner we were told we were “going to see grandpa and grandma”. The entire trip my stomach churned. I was sweating. NO ONE had said anything about the balloons since I saw him drive by. Upon arriving, my dad casually said something like, “So I hear we had an issue with some balloons today…” He pulled me on his lap and told me how dangerous it was for us to be that close to the road, and how it may have caused an accident. Never did that again.

The only other time I was in trouble, was also the only time I saw him angry. He had a big basement with a bar and pool table. Behind the bar was a door set into the wall that you couldn’t really tell was there because it was paneling and the door blended into the wall when it was closed. I don’t recall much of what was in there with the exception of a table lamp that was a hobo or something and a box of dance wax. Here’s all I knew about it: when you put it on the floor, it made it slippery. To a boy of 8 in a basement sliding around in his socks on a slippery floor – it’s pretty fun. I remember my aunt, who is only 4 years older than me, came down and probably instantly realized what I had done and said she was going to tell on me. She did. My grandpa, who was always so gentle and jovial was livid. Wow. When his voice boomed at me I was scared to death. I never felt more ashamed in my life. I don’t recall the words he said, but I remember crying, and him hugging me afterward. I’m glad that I only truly mad him angry once.

The last time I saw my grandfather, he had come over to our house. When he left, I was sitting on the floor in the front room with headphones on listening to “Minnie The Moocher” from the Blues Brothers Soundtrack. Knowing my grandpa’s love for big band music, I told him that when I saw him next time, he just had to hear this song. I never got up to say good bye to him. I didn’t hug or kiss him that day. He went on a business trip across the state and we talked to him from his hotel a night or two before he passed. I don’t recall much, but he told me he had pizza and beer for dinner. I do remember telling him I loved him. That was the last time I heard his voice. He had a heart attack while on that trip and died September 24.

The first real life lesson was learned by me that September. If there is someone special in your life who means something to you – tell them! If you love someone – tell them! Never pass up the opportunity to hug or kiss someone! You may never get the chance to do it again.

After he passed away, my brother, my father and I all went golfing in Caseville. My dad and my grandpa used to golf all the time when they were up there. This time, dad took me. As we left to go to the first tee, the starter asked if it was ok to pair us up with someone. Out walked a man who was the spitting image of my grandpa. I remember how nice he was and how he helped me stand and putt (it was one of the first times I ever golfed). It was like HE was there with us. I remember afterward, we got in the car to go back to the trailer and I said, “Dad, didn’t that guy look like….” and before I could finish, my dad firmly said “YES”. Deep down, I wonder …..

I only had him in my life for 11 years, and those 11 year were very special ones – because he was in them. 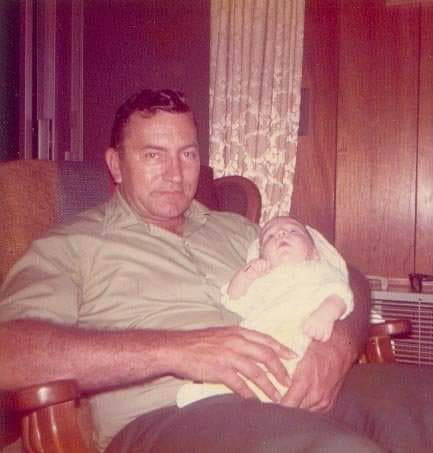