Vacation is never long enough!  I was off for 5 days last week and while I had some great moments to relax, I still don’t feel like it was enough.  We live in a society where people are overworked and underpaid.  I don’t think anyone would mind if the United States adopted the mindset of France, Brazil, or Finland who average 30 days of paid vacation!

There were highs and lows during my week.  One of the lows was not being able to get my boys for a couple days.  I was supposed to pick them up on Sunday, but due to circumstances beyond my control, I wasn’t able to get them until Wednesday.  I was very happy to get them prior to the Fourth of July.

Without the boys, that gave me some time to get a few things done around the house.  I was able to mow the grass, straighten up the house, and work a little bit in the garage.  I have had some things out there that I have wanted to go through.  I have some boxes out there with books in them.  I probably need to get a book case to put them in, but we really don’t have the room.  Maybe I can put it in the basement??

On Monday, my buddy Shawn messaged and said he had 18 holes of golf (with a cart) and wanted to know if I could join him.  Naturally, I jumped at the chance.  It’s about an hour drive to Mt. Pleasant and on the drive there, I finished listening to a book on CD I started a while back (The Innocent Man by John Grisham).  There was some concern as to whether or not it was going to rain, but the weather cooperated and I had a good round.  I actually made par on about 6 holes.

We golfed with a couple radio guys Shawn works with.  There were a lot of laughs and it was a good time.  While in the pro shop, one of the guys pointed out these golf balls with a matted finish.  They are brighter than your normal yellow or orange golf balls.  He kept saying, “You just can’t lose these balls!”  I was curious and got one.  I actually hit it very well.  I hit it off the tee on one of the holes on the back nine and we all saw it go slightly right through a big tree.  We never saw it come down.  We drove up to where the ball should have been and checked the vicinity.  We had all four of us looking for this extremely bright red ball.  “You just can’t lose these balls,” he said again!  Well, I proved him wrong.  It was lost.  We really wondered if it got stuck in the tree!  It was crazy!

Thanks, again, Shawn!  Always a great time on the links with you!

Thursday was the Fourth.  We normally have a big bash at the house, but with all we had going on, we just didn’t get around to inviting a lot of people.  We ended up with my in-laws and a couple of friends from college (Hope and Matt) and their spouses.  I threw some hot dogs and brats on the grill, cut up a HUGE watermelon, we had mac and cheese, and loads to snack on.

There is a family fun day with many events.  They also have a concert at the amphitheater, which we can hear from our backyard.  Also from our backyard, we have great seats to watch the town’s fireworks.  It is all funded through the fireman’s homecoming carnival.  They also take donations in town.  This year the show was about 25 minutes.  After the show was over, the guests started to leave.  We got the boys to bed, and we sat with our friends Hope and Kevin at the bonfire and BS’d for a while.

Friday, there was a bit of drama (which is not even worthy of writing about).  My wife had one big paper that needed to be written for school and she was working on that.  I took the boys to play mini-golf.  There was a place just south of the house that I had never been to.  They have golf and ice cream.  The course has a train/mine theme to it.  It was actually very cool.

I got the first (and my only) hole in one.  Each of us got one, which always makes mini-golf fun!  The wind picked up as we reached the end and we were lucky to finish before a HUGE downpour!  Must not have been my day, Dimitri shot 40, Dante’ shot 42, and I shot 44.  It didn’t really matter who won, though – it was about having time with the boys.

Whenever we play mini-golf, and I help them with their swing, I still flashback to those days at the Caseville Putt-Putt course.  I remember my dad, or my grandpa, reaching over me and helping me with my grip and my swing.  It’s one of those “generations” things – my dad and grandpa helped me, now I am helping them.

Saturday I worked on the air at the radio station.  I was on from 9a-2p.  When I got off work, it was 86 degrees out.  I wanted to take the boys swimming somewhere.  There are a couple places that have pools where I could have gone.  One of the places had an indoor pool, which kind of defeats the purpose on a hot summer day.  The other place has outdoor pools, but because of the holiday weekend, they were not doing day passes (they were doing their fireworks that night).

Sam suggested this little place in Davison called Lake Callis.  It’s a little recreation complex with a splash pad, pavilions, and a beach.  I had never been there, so we went.  It was actually a very nice place.  There were many birthday parties going on that day, and it was fairly busy.  We found a picnic table on the beach and went in to the water.  It was not freezing (which is always nice), and the boys swam for a while. 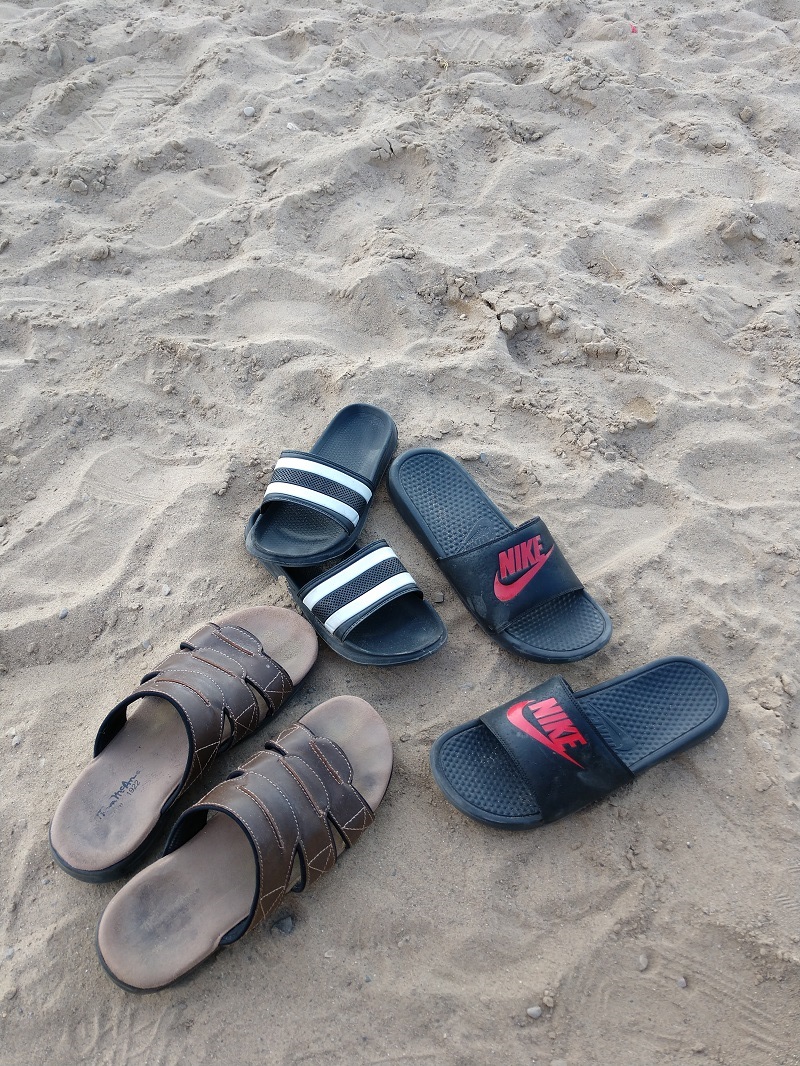 For no reason in particular, I tend not to swim much in a lake.  Maybe it’s the “lake smell” or the fact that there are fish in there, I really don’t know.  This lake was man made, and as far as I could tell, there were no fish.  The water was warm and swimming with the sun beating down on us was awesome!  It was a bit breezy that day and when you got out of the water, it got chilly!!

It was fun to watch my boys making new friends with other kids out in the lake.  I loved watching them run around at the splash pad.  It was also fun to just sit at the picnic table eating Cheez-It’s and potato chips and talking about whatever they brought up.  It was great father-sons time!  We will definitely be going back there – we had a blast! 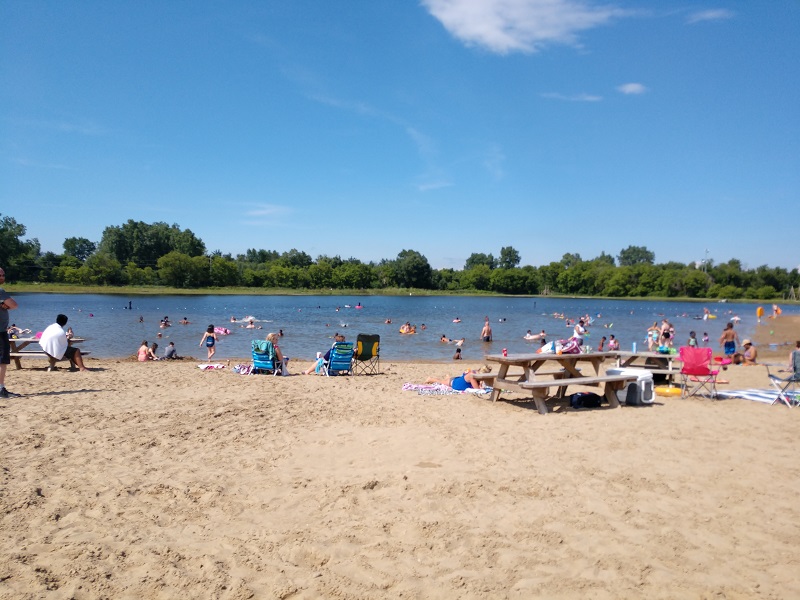 Tonight is my first night back to work – and I am already ready for another vacation!!!