Jackie Gleason was born today in 1916.  He was one of TV’s Pioneers.  When television first came into being and there was only three channels to choose from, guys like Sid Caesar, Milton Berle, and Jackie Gleason provided comedy entertainment.

The Life of Riley was a big radio comedy hit which starred William Bendix as Chester Riley.  When it made the transition to television (like many radio shows), Jackie Gleason took on the role because Bendix was under contract at RKO Radio pictures.  Gleason appeared in 26 episodes from 1949-1950.  In the following seasons, Bendix returned to play the character, whether or not Jackie was pushed out, or just had no desire to play the character is unclear.

In 1950, Jackie was given the role of host on Cavalcade of Stars, a variety show that began airing in 1949.  In 1952, the program was renamed The Jackie Gleason Show and continued to be a hit.  It featured a monologue by Jackie, singing, dancing, sketch comedy and a variety of his characters (Joe the Bartender, Reginald Van Gleason III, Charlie Bratten, Rudy the Repairman and the Poor Soul).

During the run of the show, one sketch seemed to really stand out – The Honeymooners.  It featured Ralph Kramden, a New York bus driver and his wife Alice, as well as his upstairs neighbor Ed Norton.  The sketch was so popular, that Jackie put the variety show format on hold and in 1955 shot 39 half hour episodes of The Honeymooners, making it TV’s first official “spin off”.  Those episodes, often referred to as “the Classic 39” remain in reruns today.  In 1956, The variety format returned and continued until 1957. 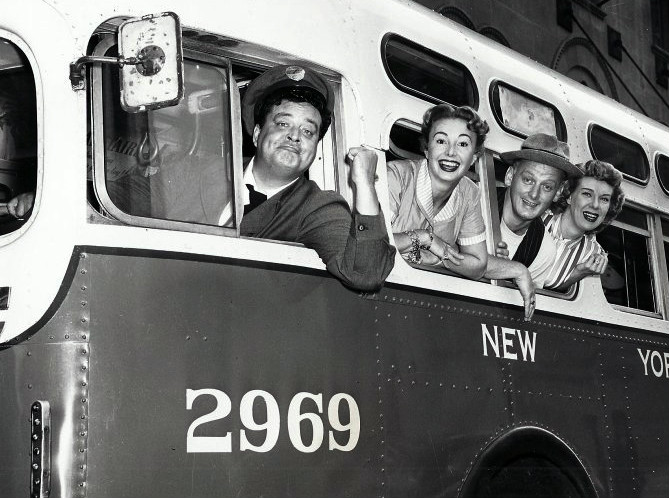 In 1961, Jackie co-starred with Paul Newman in The Hustler.  He played famous pool player Minnesota Fats, a role which earned him an Oscar Nomination.  Jackie grew up playing pool as a young man and was very good at it.  He told Johnny Carson in a Tonight Show interview that a lot of his personal experiences were drawn upon to play the role in The Hustler.  Cool side note, Jackie makes all his own trick shots in the film.

In 1962, he wrote, produced and starred in Gigot.  It is a film in which he plays a mute janitor who becomes friends with a prostitute and saves her and her daughter.  The movie did not do well, but it was remade in 1984 as The Wool Cap, a TV movie, starring William H. Macy as the janitor, and it received good reviews.

In 1977, Jackie returned to the big screen in one of his most memorable roles – a foul mouthed Sheriff from Texas in Smokey and the Bandit.  His performance as Sheriff Buford T. Justice made the film a hit at the box office.  In an interview with Larry King, Burt Reynolds said that the only way he’d do Smokey and the Bandit, was if they brought Jackie in to play Buford.  (Buford T. Justice, by the way is the name of a real highway patrolman that knew Burt’s dad).  Gleason was given a lot of freedom to ad-lib his lines during the film.  He contributed a key scene to the film as well.  He suggested to director that he and the Bandit should have a scene together, but he doesn’t realize he is talking with the Bandit.  It remains one of the great scenes in the film.  There were two sequels, which were box office bombs, and the last one helped coax Jackie out of retirement for one last film. 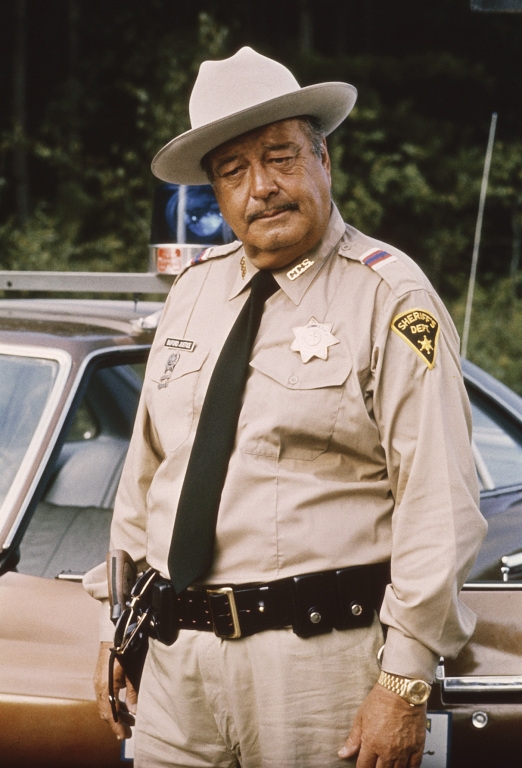 In 1986, Jackie had his last big screen role co-starring with Tom Hanks as Max Basner in Nothing in Common.  He was in failing health, but kept his health issues private.  He found out that he had terminal colon cancer.  He did not want to take the role, but director Garry Marshall coerced him into taking it by reminding him that if he did not appear in this movie, the final item on his filmography would have been Smokey and the Bandit III. That was enough to get Gleason back in action one last time. “You can’t go out on Smokey and the Bandit III.”