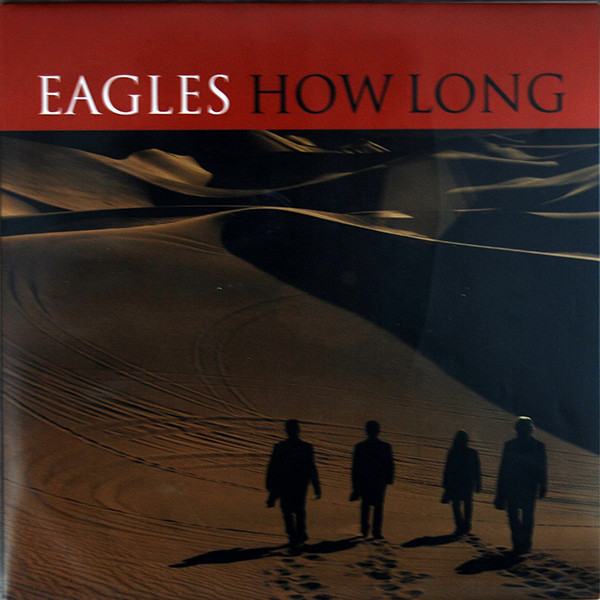 If you are like me, you have songs that when you hear them on your MP3 player, or your iPod, as soon as they end, you play them again.  I have quite a few of them.  I would wager a guess that these songs will end up here in future Tune Tuesday blogs.  Today’s song is definitely one that I play at least twice.

I was working in country radio when this song hit my desk.  I knew that the Eagles, whose last studio album had been 28 years earlier, had recorded a new album.  I was surprised that this song was shipped to our station as a song that could possibly make the playlist.  While the Eagles certainly had a “southern” sound, I wasn’t sure what to expect.

I popped it into the CD player and began to listen to it.  I remember liking the opening guitar lick.  I remember thinking that the vocals were strong and then the chorus hit.  Those amazing Eagles harmonies were there and sounded amazing!  Solid Eagles.  I fell in love with it and when I talked to my program director, he thought the same thing.  It stood out amongst the other songs, and we were ok with that.

What’s neat about the song is that The Eagles had been performing it at concerts in the early 70’s.  The song was written by JD Souther, and he wanted to record it for his own album, so the Eagles never recorded it.  Souther and the Eagles were good friends, and JD co-wrote some of their hits (New Kid In Town, Heartache Tonight, and The Best of My Love). He released his version of the song on his 1972 Album, John David Souther.

Fast forward to 2007.  Glenn Frey said that his kids were watching a clip of the Eagles on a special called Pop Gala (in Holland) from 1974.  As his kids laughed at how long his hair was, the band was playing How Long.  Glenn’s wife told him that the band should record the song stating that it was “classic Eagles.”  He agreed that it would fit right in with what they were recording for their album Long Road Out of Eden.

In 2008, the song won a Grammy Award for “Best Country Performance by a Duo or Group with Vocal”.  It was the group’s first Grammy since 1979.  1979 was also when they had recorded their last studio album.

How Long – The Eagles