One of the blogs that I follow said that the best way to get more followers is to blog everyday.  I get daily writing prompts, and some of them have led to decent blogs, but in all honesty, most of the prompts don’t “move me” to write.  Sure, I’d like to write every day, but I feel like I should have something to blog about, you know? I have some stuff in the “to write” files, but I wanted to think a bit more on them.  So I went back through the things I wrote down in my notebook, and decided that I could write a blog about some of the little things that happened this week.

Sam is officially 12 weeks pregnant now.  We had a second ultrasound and it’s amazing how much the baby changed in a week.  In the first one, the baby looked like a little peanut.  A week later, we could see a baby.  Baby P, as we have been calling her/him, was very active that day. We actually could see the arms moving around and they were able to snap another picture.

We have decided that we are going to find out the baby’s gender and are looking forward to the next ultrasound.  We’re going to do one of those 3D ones.  We are counting down the days until we get to see Baby P again.  Once we find out the gender, we will be sharing that, but the names are something that we will be keeping to ourselves until the baby is born.

So last Friday, the radio ratings book came out.  It is the results of radio surveys of listeners in the market.  I have been doing the Saturday weekend shift at the Moose since the book started.  The 12+ numbers are the ones that kind of encompass the whole audience.  It is the entire group (male and female) 12 years old and up.  There are other breakdowns (Women 25-54, Men 25-54, etc…) and some formats care more about female numbers and others care more about male numbers.  Country tends to care about female numbers, while rock tends to lean more male numbers (because of advertisers).

At any rate, I got a text message from my boss on Monday:

Even though I am only on once a week, it is nice to know that people are listening and made me #1 in my time slot.  Thanks, Mid-Michigan!

As a part timer, sometimes you walk into the on air studio and find remnants from whatever went on during the week.  Many times it makes me wish I was back on full time, because I truly miss all the silly stuff that happens throughout the week.  One day I walked into the studio and there was a piece of scrap paper that read, “Stop farting!” Obviously a note from one host to another while the microphone was live.

This week I went in and found this:

Perhaps “little ears” were outside the studio?

At my other station, the morning show co-host compiled a list of “Demerits” for each staff member.  I am unaware of what lead to this, but she put them up on the grease board in the studio.  Our boss got demerits for not showing up for work (he’s on vacation), she gave herself demerits for being a “clown lover”, the mid-day guy got demerits for always “asking what time it is”, and when I walked in and saw mine – I laughed out loud:

Yes, I did.  I wanted to write underneath, and clarify that it was my wife, when something funnier came to mind.   We are a radio station after all, so I thought it’d be funnier to write this:

Our morning show celebrated 15 years together as a team this week.  They went on the air in 2004 (Believe me, this is a big deal in radio!  It is rare for DJ’s to be at the same station for that long!).  I wanted to promote the fact that their anniversary was Monday, so I looked back at the year 2004 to see what was going on.  In August of 2004, the Summer Olympics were going on in Athens, Greece.  So I wrote this line:

“It’s hard to believe that Jim and Jodi have been together for 15 years!  When they went on the air 15 years ago, in Athens, Greece, they were throwing around the discus at the Summer Olympics.  15 years later, Jim is throwing out the discuses (sic) in his back!”

The great Stan Freberg would have been 93 this week.  What an amazing talent!  He did voice work for cartoons (Pete Puma, and many others), had a weekly radio show, released many parody/satirical songs, was a very successful advertising man, appeared on TV and in the movies, and wrote books.

Some of my favorite Freberg tracks include his Dragnet stuff (which he got Jack Webb’s band to do on each track – St. George and the Dragonet, Little Blue Riding Hood, and Christmas Dragnet), Heartbreak Hotel, Green Chri$tma$, Banana Boat, and Wunnerful, Wunnerful.  Until I read his book, I had no idea how many voices he did for cartoons.  He sings the story of the 3 Little Pigs in one of my favorite cartoons (I could not find the full cartoon, but here is the audio of it) with Shorty Rogers – The Three Little Bops.

As mentioned earlier in this blog, my wife is pregnant.  Anyone knows that with pregnancy comes the challenge of getting comfortable.  Whether someone told her about this thing, or whether she saw it online, she ordered herself the “C Pillow.”  It is a HUGE pillow that she can lay on/in to be comfortable in bed. 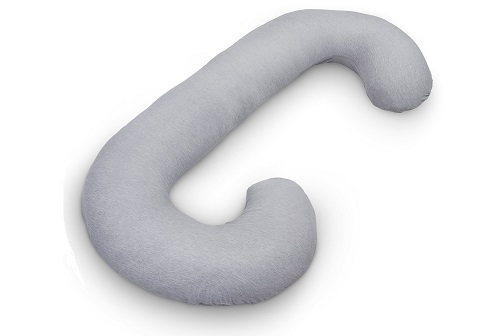 I am all for my wife being comfortable, and as the pregnancy gets further and further along, I am sure that this will be very helpful to her.  Right now, personally, I hate it.  This thing takes up so much room on the bed, but that is not why I hate it.  I hate it because if it is on the bed, it is very hard to hold my wife.  I know, I am being selfish.  I love holding my wife when we sleep.  I have gotten to where it is hard to sleep without her.  This pillow has taken up temporary residence in our bed, and it bothers me a bit.

Monday night I was called off work.  I tried to stay up all night in order to keep on my midnight schedule.  I made it to about 5a, (usually I go to bed around 9a), and fell asleep.  When I fall asleep to early, it really messes with the following night.  It was about 1pm when I woke up and couldn’t fall back to sleep.  I got up and grabbed my book and went out to the couch to read after laying in bed for an hour and a half.

While I was out there, I heard Sam get up.  She came out to the living room and asked why I was up.  I told her I couldn’t sleep.  She asked if I would come back into bed and just hold her.  I put my right arm under her neck and pulled her close to me.  She laid her head on my shoulder and I put my other arm around her.  I cannot begin to explain how amazing this was.  Holding her close, listening to her breathing, kissing her forehead, and just thinking about what a lucky man I am.  I held her close and fell deeper and deeper in love with her.  Oh, and I was loving the fact that the stupid C Pillow was on the floor!

My pick for this week’s funniest picture on the internet

I really need to write a review on Napoleon Dynamite.  It is truly one of the strangest movies I have ever seen, and to date, it is the only movie I watched immediately after watching it for the first time – because I wasn’t sure what I had just seen!  If you have seen the movie, this should give you a chuckle. 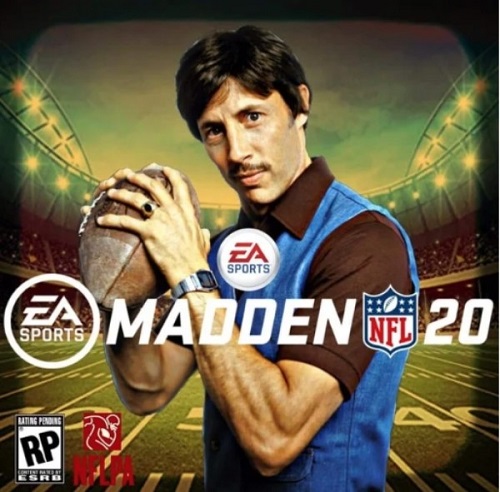