I can’t wait for this weekend!  I have my tickets.  I am anxiously awaiting 2 hours of laughing.  I will exit the Redford Theater on Friday night with my sides aching from laughter!

My dad, as I have mentioned in many blogs, introduced me to many things – music, movies, old radio and more.  One of the things that I am forever grateful for, is his introducing me to three of the funniest men who ever lived – The Three Stooges.  Now there are many folks who say that they are “a guy thing” and this is just not true!  I know many females who love the Stooges.  My friend Roxanne and I are forever referencing the Stooges in phone calls and social media posts!  There are plenty of Stooge fans, both male and female, and many of them will be in the audience with me watching and laughing. 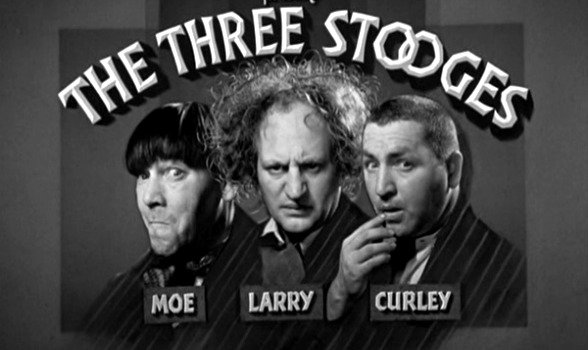 There is something to be said about watching them on TV or at home on video or DVD.  Yes, they are funny. There is, however, nothing like watching them on the big screen with an audience laughing with you!  That’s exactly how audiences saw them in the first place – in the theater!

I bought my tickets this past week and am looking forward to going to see “the boys” with my sons, my father-in-law, and my brother-in-law.  I was finally able to see the shorts that will be showing this weekend, and it only adds to the excitement!  There are some classics playing!!!

This was the third short the Stooges ever released.  For those who say that the Stooges never did anything worth watching – this short was nominated for an Academy Award!  This is such a wonderful short full of quotable lines and running gags (“Calling Dr. Howard, Dr. Fine, Doctor Howard”, “For Duty and Humanity”).  The Stooges are new doctors who reek havoc on the hospital. Larry has two very memorable moments – when he sings into the stethoscope and when he is in the operating room, both which crack me up every time!  Comedian Billy Gilbert’s cameo is funny, too!

One of the great Stooge stories – and an idea that came from Moe’s wife, Helen.  The boys are garbage men, who are the subjects of a bet.  A professor and a colleague are debating whether environment or heredity make a man.  The professor bets that he can take the lowly Stooges and make gentlemen out of them. 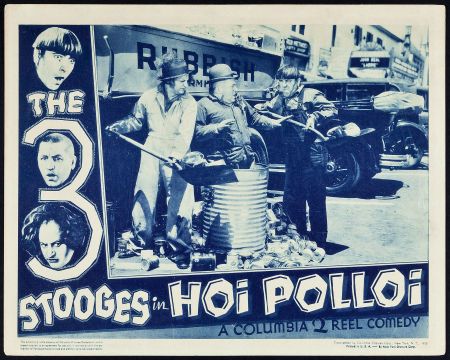 The Stooges often went head to head with the folks of “high society” and this was one of the great examples.

Ants in the Pantry

Here is another short where the Stooges go up against the upper class.  They are exterminators who are looking for business.  In an effort to drum up some, they actually plant mice, ants, and other pests in homes!  Of course, they are then hired to remove the pests that they planted.  A highlight is the destruction of a piano due to mice and cats!

The boys are then invited on a fox hunt and end up with a much different, and smelly animal.

Violent is the Word for Curly

This one is a classic that will forever be remembered for the song “Swingin’ the Alphabet.”  The Stooges are working at a gas station giving “super service” to customers.  They come across three professors who are off to speak at a college.  They toss their luggage into a truck so they can “do their job.”  The Stooges end up blowing up their car and jump in the truck to get away.  They dress in the professor’s clothes and are mistaken for them by a college staff member.  Their speech is the song mentioned above.

I don’t care how many times I watch the scene where they cut to Larry – I laugh because of him staring off into space! 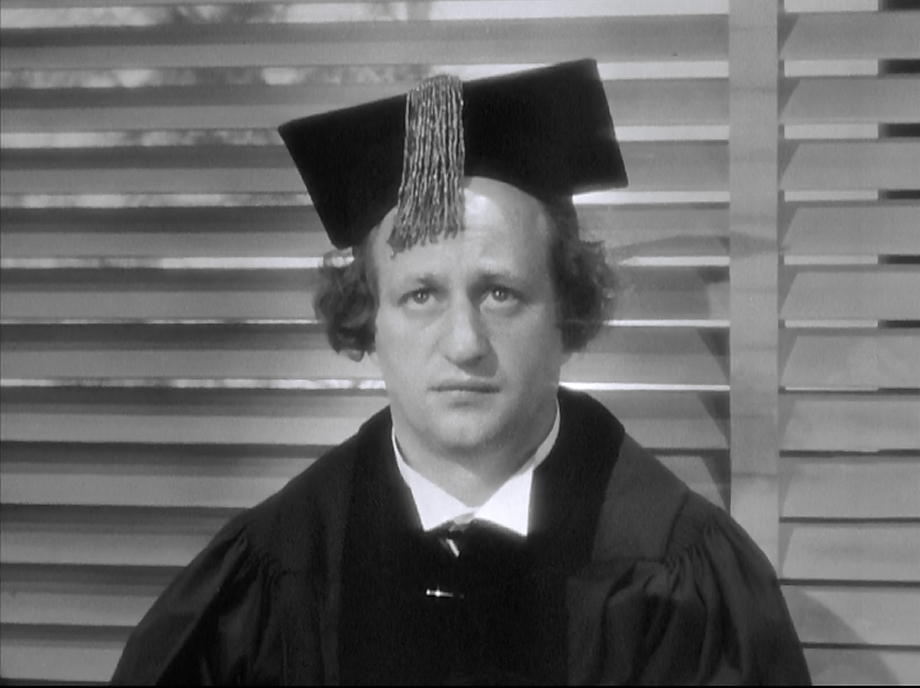 The Stooges are photographers who fail to get a photo of a starlet.  They are fired by their boss, then rehired and sent to a country where taking pictures is punishable by death (LOL).  Of course, they are asked to take pictures! 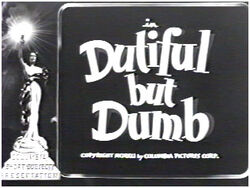 This short has two of my favorite Curly moments.  The boys are hiding from officers of the law.  Curly is hiding inside a huge radio and when one of them goes to turn the radio on.  Curly has pulled almost all the wires out of it.  When they wonder what is wrong with the radio, Curly pulls out a harmonica puts a cymbal on his head and begins to play music.

The other Curly moment is his wonderfully orchestrated fight with an oyster.  Curly orders some oyster stew.  Each time he puts a cracker in it, the oyster eats it.  It is such a masterpiece and a great example of just how he can make you laugh without saying anything! 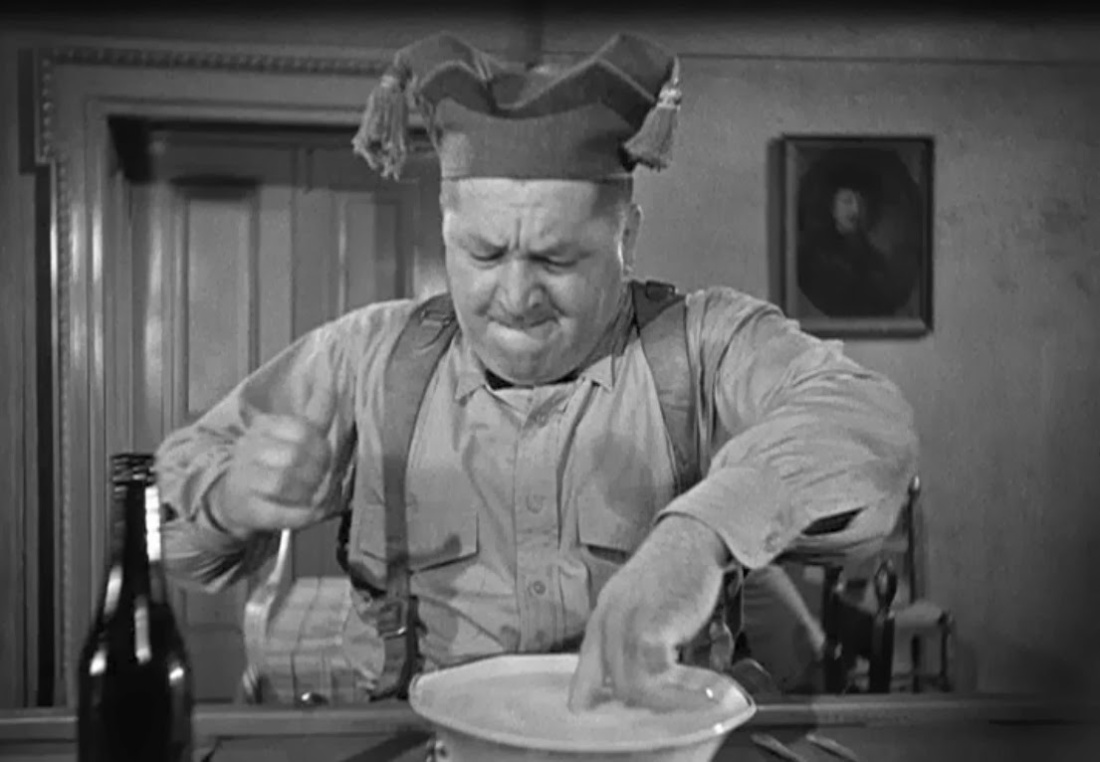 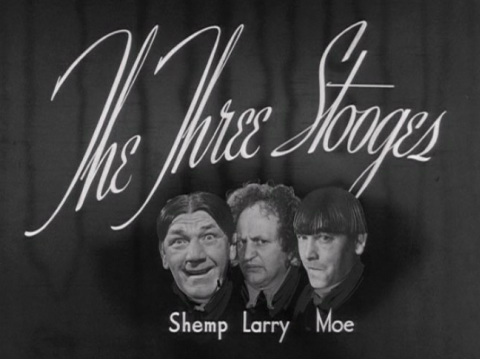 There is a great debate over who was funnier – Curly or Shemp.  I avoid this debate at all costs, because in my opinion, they were both very funny men.  They each had their own style.  I love that the Redford plays one Shemp short at their Stooges festivals.  While this one is not one of my favorites, it still is worth watching.

I always love when the Stooges do a period piece, and this one is obviously set in the Old West.  Anytime the amazing Christine McIntyre plays alongside the Stooges, it’s fun.  Jock Mahoney, who is probably best known for playing Tarzan in a few feature films, also stars in this one. 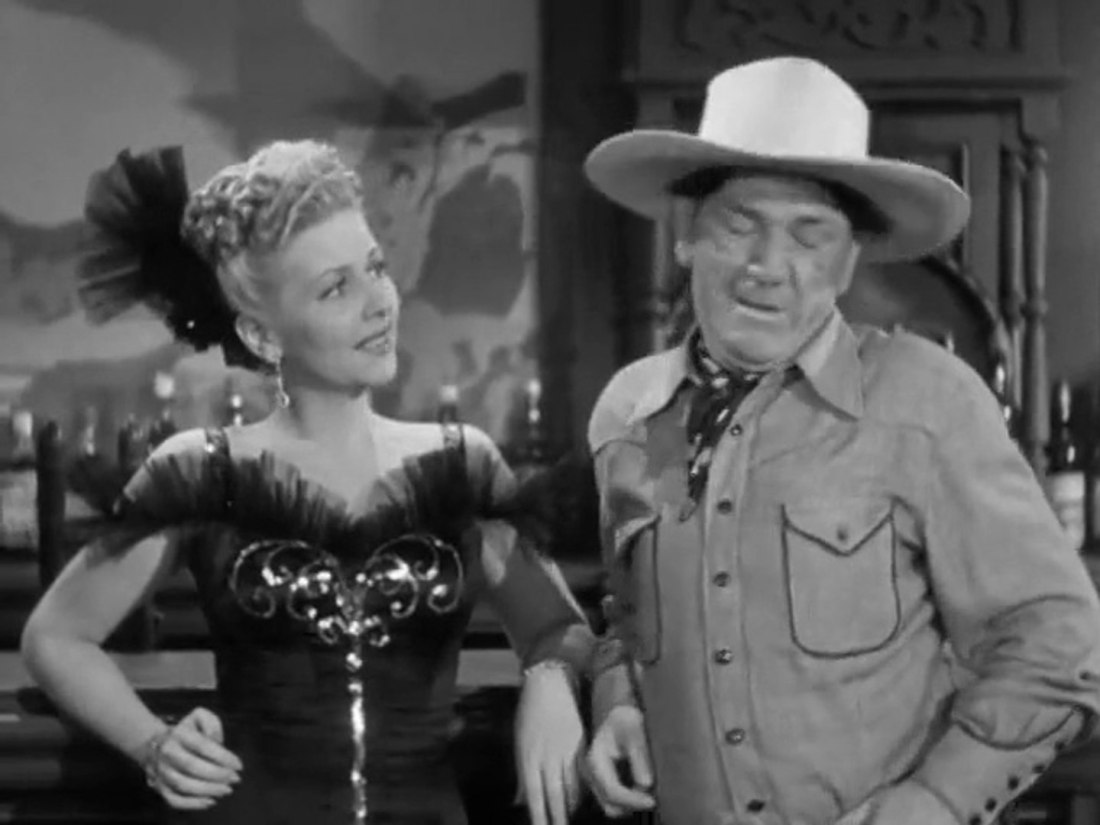 It’s going to be a blast, for sure!  The Redford Theater is a beautiful theater and has a Barton organ that has been in the theater since 1928!  It really is a wonderful place and they often show classic movies for a very reasonable price.  If you are a fan of the Stooges and live in Michigan, you need to make it out to their annual Three Stooges festival!  Check out their website for upcoming events –

If you already have your tickets …. I will be laughing with you!