Sometimes I feel like I repeat myself in my blogs.  If I do, I apologize.  In all honesty, sometimes I forget if I have mentioned something in a previous blog.  I have been meaning to hook up with my friend and fellow blogger, Max, to learn how to index the content that I have already published.  I guess I should do that sooner than later. So pardon me if I have said this before.

When I started this blog, I did it primarily for me.  It was a place for me to (1) write about the things I was dealing with in my life (2) write down memories for my children to look back on and read in the future (3) occasionally rant about things that bothered me and (4) share memories of things that interest me (movies, music, TV, etc…).  I first began blogging in the days of My Space.  This would have been around 2005-2007.  To my knowledge, my My Space page is still in existence in cyber space, but with the dawn of Facebook, I haven’t done anything on it in years!  I used to blog on there all the time, the blogs used to pop up on your front page.

Some time ago, My Space removed the blogs from everyone’s page.  I contacted them because many of those blogs had personal things I wanted to remember.  I blogged often in the months and weeks proceeding my mother’s death.  I blogged about the birth of my second son.  All of those were gone.  They provided me a link to go in and download all of my blogs.  All of the comments were gone, but the original content was there.  For that, I am glad.  Re-reading some of them is emotional – they capture a moment in my past and give me a sense of what I was feeling at that time.  Some of those old blogs have been updated and additional thoughts have been added here.

At any rate, during the time I was blogging, I was told by someone I was once close to that “nobody cares about the things you write about”.  For whatever reason, I was constantly being told by this person to stop writing.  Occasionally, I would write a “note” on Facebook, which was similar to the My Space blogs.  These were also met with negative responses and the request was again made to stop, which I eventually did.

Fast forward to almost two years ago, when I started to blog.  I had been in therapy trying to sort out things in my life and it was suggested that I keep a journal.  I mentioned that I used to blog and my therapist asked why I had stopped.  She encouraged me to begin blogging or keeping a journal – and this is it. Blogs have ranged from fun stuff to serious stuff. I began to share links to my blog on Facebook, and many of my friends began following it, and sometimes, even sharing it on their page.  Through Word Press, I began to follow other blogs written by people who share my love for music, old movies, and classic TV.  Often times, my blogs will inspire someone to write one and vice versa.

All of this brings me to why I am writing this blog.  Today, I was informed that this blog now has 100 followers!  I am humbled that 100 people would find the topics that I write about worth reading, let alone wanting to be informed every time I write something new!  I thank you for reading and I thank you for interacting.  If there is every anything you’d like to see this blog explore, I would love to hear it.  Writing is often met with what some call “writer’s block” and I often face the “What should I write about today?” dilemma.  Feel free to offer suggestions.

There are those who say that bloggers/writers/authors should write everyday, no matter what – even if you are just scribbling a sentence or two.  For me, time is an issue.  Finding the time is always the challenge.  I try to write as often as I can. Sometimes, the stuff I write never makes it here and ends up as a Facebook status.  For example, this week marked the anniversary of my grandma’s passing, today is the 117th birthday of the great Larry Fine of the Three Stooges, Sam is starting to feel our baby move, and it’s Homecoming week – all things that I could probably blog about (and probably should).  I just have to find the time!

Last night on ABC, Norman Lear and Jimmy Kimmel presented a live broadcast of two original scripts from All In Family and The Jeffersons.

I was working, so I only got to see bits and pieces of the show. I will give credit where it is due, however:

First, it was an all star cast, it almost had to be – look at the great people who were in the original roles! Some seemed to fit perfectly, others, well, not so much. Second, the sets we’re amazing! If I didn’t know, I’d swear they were shot on the actual set from the 70’s! Very well done. Lastly, kudos for doing it live. That takes guts.

I understand Jimmy Kimmel’s personal desire to do this. I also understand Norman Lear’s involvement. My question, however, is – why?

This wasn’t your typical reboot. With those, you either have the old cast reunite for some new episodes (like Rosanne, Will and Grace, and countless others), or you have new episodes with a new cast in a “updated version” of the show (Like the One Day at a Time on Netflix). This special, however, was a new cast in the classic roles doing a word by word rendering of an old script. That’s right – an old show, word for word, the only thing that changed was the cast.

I read an article about the reboot and Sally Struthers, who played Gloria on the original All in the Family, basically trashed the idea! She asked the same question I did – why? She stated that it would not be the same without the original stars. I tend to agree with her. Did we really need this? 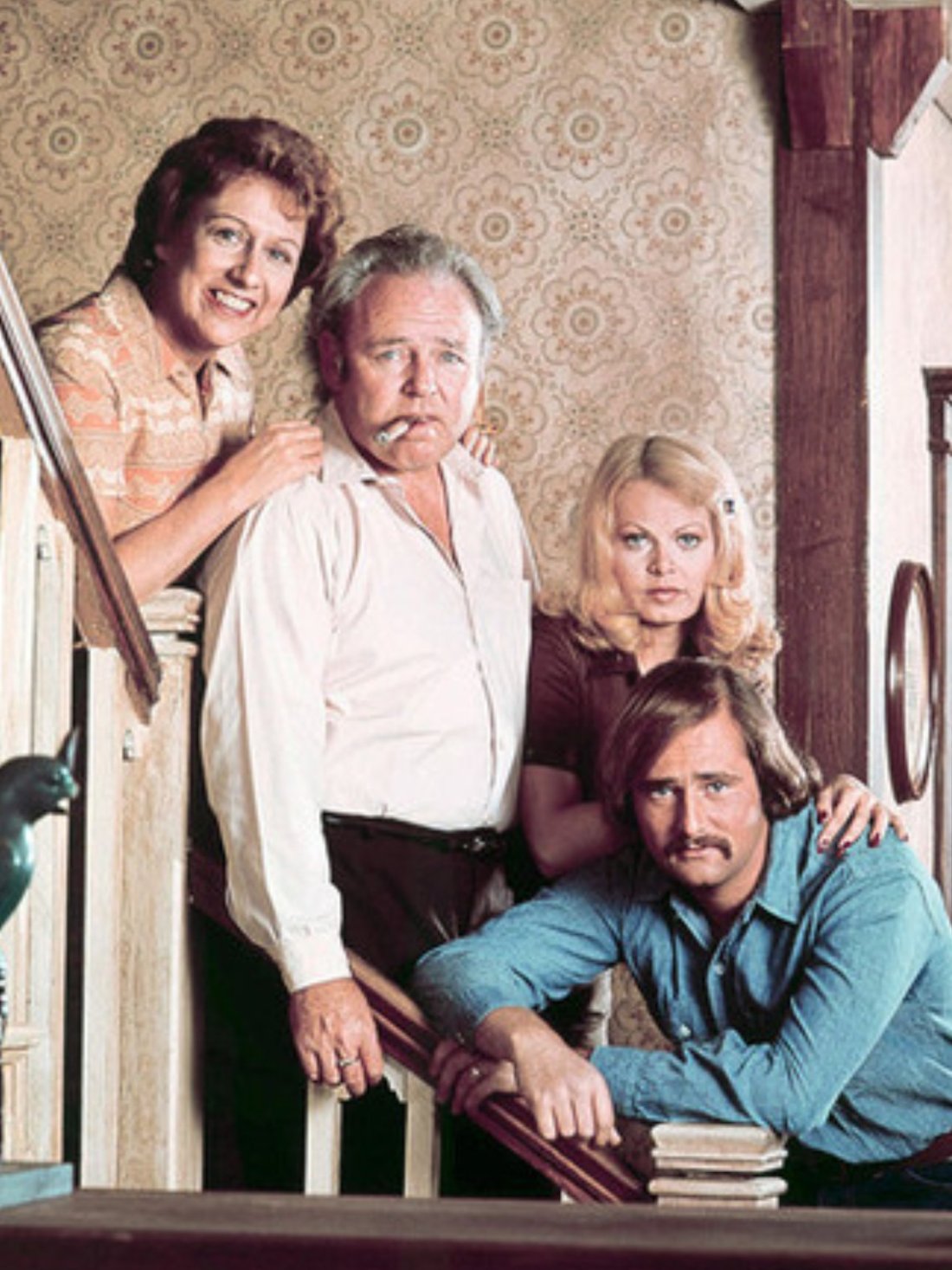 Hollywood proves again that they are out of original ideas! It’s bad enough it’s a reboot, it’s also not an original story idea! It’s an old script! Sure, you could replace the Nixon references and make them Trump references and they still work. You can also point out that even though the script is 40+ years old, the story is relatable. That only proves my point of this blog (in my final thought below).

The characters of Archie and Edith and George and Louise will forever be associated with the actors who played them in my mind. (I was impressed with Jamie Foxx and Marissa Tomei’s performances, but they weren’t Sherman Hemsley’s or Jean Stapleton!)

While it was interesting to have these shows back with a new cast, I didn’t really understand the point. It was a word for word production of an old script. You know what? If you are going to do that….I’d rather you just air the original episodes. If they were good enough to copy word for word, then just play the original!

As a morning DJ on the radio, I was expected to watch all the “hot” shows.  I was on air when the first season of American Idol was on, when Desperate Housewives debuted, and when Grey’s Anatomy premiered.  I watched most of those shows.  What made it very difficult was that most of these shows came on after 9pm and I was up at 3:30am to be on the air at 6am.  That’s where the show prep services came in handy.  Many of them had “recaps” of all the things that happened in those hit shows and we could easily sound like we were “in the loop” with them.

Now that I only do radio part time and have a full time non-radio job, I rarely watch any of the “hype” shows.  My wife, who started watching Grey’s Anatomy when it started, continues to never miss an episode (even when she has to watch it a day later online).  There are very few shows that I have any desire to watch.  If I have time to watch TV, it is usually something old that I have on DVD or watch on YouTube.

Every day when I scroll Facebook, I can see the things that are trending and can honestly say, “I’ve never seen that.”  The past couple weeks there have been plenty of memes saying “I have never seen an episode of ….” or “When you talk about _____, I honestly just nod because I don’t know what the hell you are talking about”.  Yeah, that’s me. 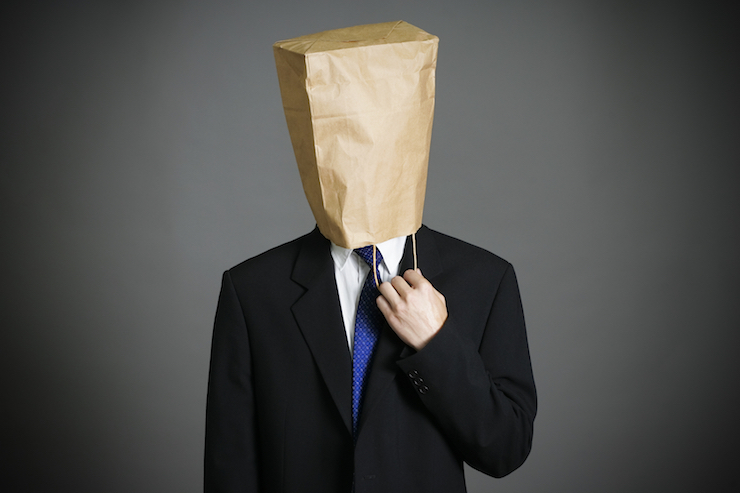 That’s right.  I have never seen a full episode of Game of Thrones.  I have seen bits and pieces because someone may have been watching it at work or in a room I walk through.  I know, it’s a big deal – to some people – not to me.

Another show I have never seen an episode of is The Walking Dead, or the various spin offs.  I know that some big characters were killed off on the show and caused a ruckus on social media, but I couldn’t tell you who, how, or why.  The whole “zombie” thing is something I just don’t find interesting.

Then there is Stranger Things.  I saw an episode or two of this.  I might watch it, if I had the time, because I think the nostalgia part of it is neat, but in all honesty, I’d rather watch one of the many old shows I have at home on DVD.

Now before you get angry, let me preface this next section by saying I have seen Guardians of the Galaxy, Iron Man and Iron Man 2, and The Avengers Age of Ultron.  I think I saw them because my boys wanted to see them.  It’s not that I am not into the whole Marvel thing, I enjoyed some of the Spiderman films.  It’s not that I don’t like super heroes, I enjoyed a few of the early Batman films.  It just seems to me that there is an over abundance of these movies out today.

These super heroes were all over my TV growing up.  They were in comic books.  They were in cartoons on Saturday morning.  I love super heroes, but to me these stories are more and more special effects than a good story.  Yes, the effects are important, but so is the story.  Some of these stories are just rehashing of the same premise.  They did Spiderman with Tobey Maguire … did we need a new series of them?  They did Superman with Christopher Reeve … did we need a newer version with what ever the actor’s name is?  I thought Michael Keaton was good as Batman … now there is a slew of Dark Knight films.

Facebook, Twitter, and Instagram are all a buzz about this Avengers movie coming out.  I have a co-worker who literally threatened us to not tell her what happens in the movie, because she isn’t going on the day it opens.  I don’t see what the big deal is.  It’s just another super hero movie.  It will be filled with good versus evil, loud explosions, maybe someone will die, and millions of dollars in special effects.  I won’t be seeing this in the theater.  I probably won’t even rent it on DVD or watch it on Netflix.

Maybe I should be ashamed of that.  Maybe I am a little bit.