The word for today, dear reader is “Echolalia”. Echolalia is a normal part of learning language. A child learns how to use language by repeating what they hear around them. So echolalia is basically when children repeat what you say. I was reminded of a story, which prompted me to write this blog today. That story (and a few others) will follow, and also serve as a reminded to “watch my mouth” in the months and years to come.

I Swear Too Much

When James Lipton passed away, I wrote a blog and answered his ten questions he’d ask guests. One of those questions was “What’s your favorite curse word?” You can read that blog here: https://nostalgicitalian.com/2020/03/03/rest-in-peace-james-lipton/

I won’t lie, I tend to swear more at work. My co-workers have almost come to expect it, and sometimes I swear just to get a laugh. The real swearing comes when I get frustrated about things like computers that freeze or crash, equipment that doesn’t work, and typical work things. When I am at home, I tend to swear a lot, too. Usually, I am talking about work.

My wife joked that our daughter’s first word might be the F word. Well, I can’t let this happen. I really have to watch my mouth. I almost have to get into the frame of mind of a 10 year old and worry that my mouth might be washed out with soap if I let some curse words fly!

The story that prompted this blog happened when I was about 4 or 5 I am guessing. It happened sometime in the early 1970’s. I was a toddler and could obviously talk. I was in the car with my dad. Where we were going doesn’t matter. There were no cell phones or tablets to play with, so I am basically looking out the windows and maybe listening to the radio. I am startled suddenly by the sound of the car’s horn. My dad has been cut off by some driver either getting into his lane or turning in front of him. Immediately, his fist (or maybe middle finger) is raised and he yells, “You stupid prick!” Naturally, I want to know what happened. So I innocently ask, “What did those pricks do, dad?” Dad, without missing a beat says, “There were sticks in the road! Stupid STICKS”!

Yeah, not my proudest moment. 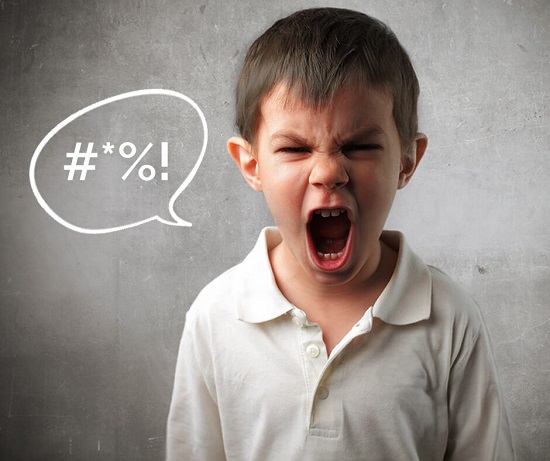 Another Dante’ story. As you know I work in a sleep lab full time. I get asked a lot about sleep walking and sleep talking. Dante’ always talked in his sleep. Dimitri does on occasion, as well. One night they both had a conversation with each other while they were both asleep. Sleep walking and sleep talking can be very common in children. One time, I got to witness Dante’ do both at our house. I can’t say for certain, but I am just gonna guess that I influenced this incident.

I was up late, working on a paper or homework for college. While I am sitting in my chair working, I hear Dante’ get up. I am thinking he is going to go to the bathroom or something. He walks to the end of the hallway and into the living room, where I am, and looks at no one in particular. He yells, “Where’s the damn computer?!” I look at him in shock and amazement, and said, “What, buddy?” He is glassy eyed and obviously asleep. He again shouts, “Where’s the damn computer?!” He walks into the kitchen, which is dark, looks around for about 3 seconds, turns abruptly around and says, “I didn’t need it anyway!” and went back to bed. He was perhaps 8 or 9 and it was hilarious.

A Visit To The Principal

Influence is everywhere. I got in trouble in elementary school once because of something I saw on the Dukes of Hazzard! I don’t recall the exact exchange, but I remember an episode where Uncle Jesse said the word “bastard”. I want to say he said something like “bearded bastard” or “bumbling bastard”. Whatever he said, I had never heard the word before and I thought it was funny. So I said it at school one day. I don’t even know how I used it, but Bobby Wilson heard it and told the teacher on me. It got me a trip to the principal’s office. I was scared to death. It was the first time I had ever gotten in trouble, and I didn’t even know what the word meant!! I am sure I told the principal this, and he must have agreed with me because I was sent back to class with the warning to never say that word again.

I used to tell my sons this all the time – and still do. Now that they are older, they seem to think it is ok to let a swear word fly now and then. Their mom laughs when they do this, however, there are times I feel it is inappropriate. I get it. They are getting older and think that this gives them the freedom to do it. It doesn’t help that I still spew out a profane word now and then. So I guess I need to heed my own advice, and watch my mouth.

I certainly do not want my daughter’s first word to be something I regret. So I will try to curb the use of those words. I will begin sprinkling “dagnabbit,” “shoot,” “shut the front door,” “Sufferin’ succotash,” “Shitake mushrooms,” “H-E-double hockey sticks,” “Balderdash,” “Gee willikers,” “Son of a gun,” and “Fart knocker” into my vocabulary! It won’t be easy, but I will give it a go!

I was reminded of two great quotes that may be of help to me. Maybe they will help you, too.

The above is something I started using when dealing with certain toxic people in my life. 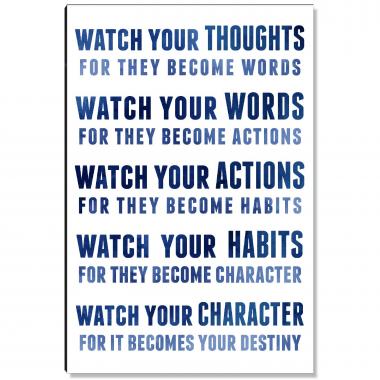 The above is one that I had forgotten about. What an amazingly powerful quote. I think I may need to visit that a few times a day. I certainly need to put this in practice.