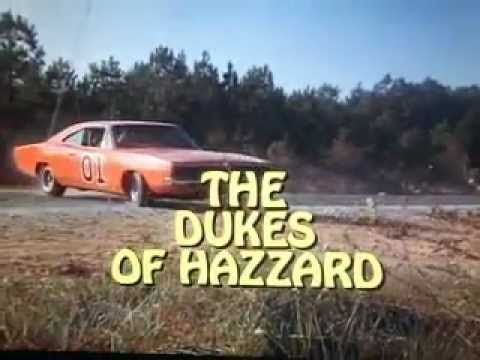 This is an impromptu blog that comes about as a result of scrolling Facebook.  I was reminded that it was 40 years ago today that “The Dukes of Hazzard” premiered on TV.  This show was such a HUGE part of my childhood!  I remember sitting in front of the TV faithfully every Friday night to see how Bo & Luke got out of trouble and avoid getting “cuffed and stuffed” by Sheriff Rosco P. Coltrane.

What kid didn’t watch in awe as the General Lee made yet another jump over something?! I remember loving it each time the General, Dixie, or a cop car fishtailed as it made a turn on the dirt roads of Hazzard County.  Many of the kids in the neighborhood played “Dukes” during the summer.  Our bikes served as the General Lee, Boss Hogg’s convertible, Cooter’s tow truck, or Rosco’s police cruiser. Of course, when we’d “jump” a curb, in our imagination, we’d be jumping over a cop car, jumping over a bridge that was out, or a ravine. 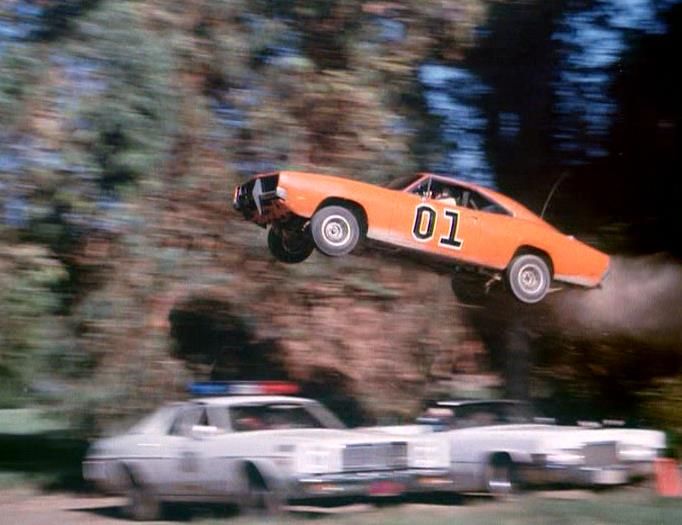 When the Dukes came out, I watched James Best as the bumbling sheriff and loved every minute of it.  I learned how to do the “Rosco laugh” and when we played outside, I often assumed the role of Mr. Coltrane.  My dad had bought be a cowboy hat, and on a trip to Mackinaw I bought a silver sheriff’s badge.  I “was” Rosco – writing tickets and chasing Duke boys.

To this day, I feel that Rosco and Boss Hogg are often overlooked as one of TV’s great comedy teams!  They played so well off each other.  I remember how much I used to crack up when Boss Hogg called Rosco a “do-do” or “dipstick”.  While not full blown slapstick, it still made me laugh.

The show had a great cast of characters, too.  The good ole boys were, of course, Bo & Luke.  As a kid, I thought bow and arrows were cool – but Bo & Luke made them cooler!  They had sticks of dynamite on the arrows!!  Uncle Jesse was the patriarch who kept everyone in line and always had a lesson to teach.  Cooter was crazy, just like his CB handle. Enos and Cletus were the idiot deputies who were sometimes dumber and sometimes smarter than Rosco. And then there was Daisy….

Catherine Bach is one of my childhood crushes.  I always thought she was beautiful.  Every week, you’d see her in her bikini during the opening credits and then throughout the show, she’d be wearing her Daisy Duke shorts … yep, that’s where they got their name!  There were three posters that boys in the 70’s had … Wonder Woman, Farrah Fawcett, and Catherine Bach!  I had them all. 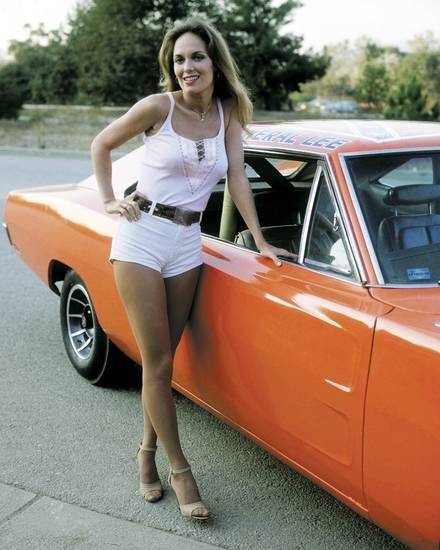 Everyone knew the theme song, too!  Waylon Jennings sang it.  He was also the narrator of the show.  He had a hit with the song, which had an additional verse that poked fun of the fact that the only showed his hands and not his face on TV.

I remember I stopped watching the show a couple times.  When Bo & Luke left and their cousins Coy and Vance (literally carbon copies of Bo & Luke) came to visit – even a kid knew that these two guys were nowhere close to Bo and Luke and we were glad to see them go.  I also stopped watching when Rosco was replaced by Sheriff Grady (played by Darren #2 from Bewitched – Dick Sargent) for a short time.  I haven’t watched the show in a long time, but I have been meaning to grab the DVD’s.

I remember when I was 9 or 10, I found a book of celebrity addresses (I think it was in one of the school book club order forms) and I wrote to James Best.  I told him how much I liked watching the show and stuff.  He sent me an autographed picture of him as Rosco with Flash the dog.  I wish I still had that picture.  It hung on my bedroom door for a very long time.  It was my first celebrity autograph.

I feel bad for the kids of today.  They have so many electronic distractions (tablets, cell phones, and video games) that they rarely “play” anymore.  In this day and age, they seem to have trouble carrying on a conversation, grasping the concept of imagination, or being creative.  For us, our imaginations ran wild when we were outside playing.  We created the stories as we went along.  We’d pick up wherever we left off the following day if it got too dark to play.  As I reread this, it makes me smile and wish I still had that bike and cowboy hat!  I am thankful that I was a child of the 70’s … we used to have a lot of fun!