This is the first of at least two blogs today.  I chose to write this one first.  Amidst all of the chaos in the world, I was reminded of a song that I often turned to when things in my life were less than stellar.  Michael Buble’ has been doing video messages on his Instagram page.  In one, he began to sing this song … and I felt that it was, indeed, a perfect song for today.

I may have posted this song once before in a blog about Nat King Cole.  The song is based on an instrumental melody written by Charlie Chaplin (loosely based on Puccini’s “Tosca”) for his 1936 movie Modern Times.  Lyrics were added in 1954 and they were based on lines from the film. 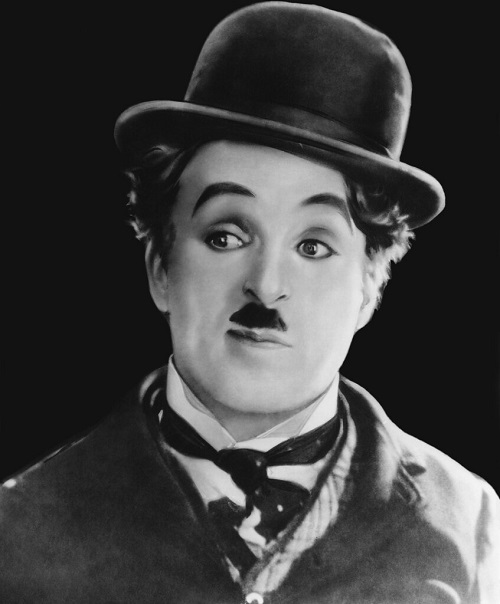 You know what’s difficult to do in difficult times?  Smiling.  Try it.  It’s pretty damn hard.  While you and I are sitting in quarantine, knowing what’s going on outside, try smiling.  Not the easiest thing, but it is possible.  That’s what the song is all about. It tells you to cheer up, tomorrow will be better if you just smile.

You have probably heard that it takes more muscles and it takes more work to frown than it does to smile.  So, why work so hard?  Smile.  Give it a listen:

What a Wonderful World – Louis Armstrong

This song is from 1967.  There are some conflicting stories about who was originally offered the song first.  Some say that Tony Bennett was offered the song, but refused.  Others say that the song was written specifically for Louis Armstrong, whom the writer of the song was inspired by as he felt Louis was good at bringing people of various race and color together.

I first came to know this song because of the film “Good Morning Vietnam” starring Robin Williams.  It is interesting to note that the song was actually recorded 2 years after the film takes place (Williams’ character, a DJ, plays it on the radio).  What made me think about this song was the scene from the movie in which it was played.  While it plays, we see soldiers marching, bombs exploding, fighting and chaos in the streets, and more.

The contrast of the music of the song over these scenes are etched in my memory.  When I thought about the craziness in the world today, I couldn’t help but think of how, despite all of this, we truly live in a wonderful world.  One could easily play this song over scenes from what is going on in the world today.  It is important to find the happiness among the sadness.  It is important to notice the blue skies, green trees, white clouds, and red roses that are there to enjoy.

The only line that doesn’t fit today – is the line about shaking hands.

The colors of the rainbow
So pretty in the sky
Are also on the faces
Of people going by
I see friends shaking hands
Saying, “How do you do?”
They’re really saying
“I love you”

Yes, I think to myself
What a wonderful world