Today’s blog is a salute to some people who have made an impact on me.  I guess I should start with the obvious one – Elvis Presley.

The “King of Rock and Roll” was born today in 1935.  His music was influential in so many ways.  I grew up listening to his music because my dad was a big fan.  I still remember the blue vinyl album for Moody Blue that dad had in his record collection.  Perhaps, I should do a follow up to this blog of my favorite Elvis songs?

Larry is 96 today!!! I remember watching F-Troop and always laughing.  Larry was quite the funny guy who appeared in everything!  He was on Gilligan’s Island, Love Boat, Get Smart, and so many other shows.  As a kid, I remember watching him and Forrest Tucker chase ghosts with a gorilla in The Ghost Busters.  He was also known for some time for voicing the Joker in the Batman cartoons.

Graham Chapman was born today in 1941.  He is best known for his work with the Monty Python comedy team.  I first came to know their stuff through the Dr. Demento show on the radio.  Their comedy records were very funny.  I then caught some of the Monty Python’s Flying Circus on TV.  Wow – it was hilarious!  All the Pythons were funny and their ability to play multiple roles and many characters was always amazing to me.  I especially liked Graham as King Arthur in Monty Python and the Holy Grail.

Next – one of my all time favorites – Soupy Sales.

Soupy Sales was born today in 1926.  I remember watching Soupy on Channel 20 as a kid.  All of his crew was on the show – White Fang, Black Tooth, Pookie, Hippy, and a slew of guests that even included Alice Cooper.  He’d read the paper and funny horoscopes, give us the Words of Wisdom, and there were plenty of pies in the face.

In the 80’s, Soupy hosted a radio show called the Moldie Oldies Show.  There were new characters and bits like “Believe It Or Don’t”.  I listened faithfully and taped every show I could.  Some of the jokes were older than dirt, but they still made me laugh out loud.

I was lucky enough to meet Soupy at Pine Knob before a show.  He was just hilarious.  I remember leaving with my sides aching from laughter!  I still have a couple of his joke books, and his autobiography in my book collection.  I also still enjoy listening to his album from the 60’s The Soupy Sales Show and one from the 80’s called Still Soupy After All These Years.

He was one of the funniest guys – ever!

Finally, January 8th is special because it was the day my grandparents were married!  Let’s face it, without them, I wouldn’t be here! 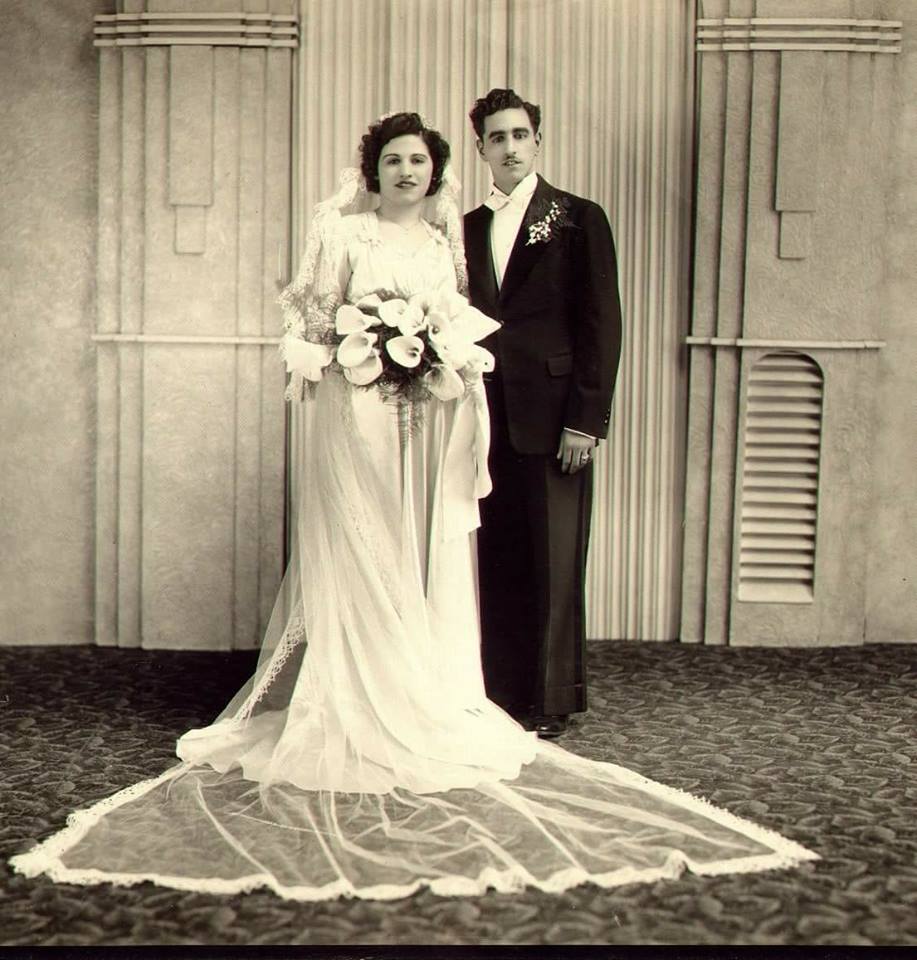 Today would have been their 75th wedding anniversary!  They were two very special people.  I miss them every day.