Bobby Darin was a talent.  He was a songwriter, a singer, an actor, and played multiple instruments.  Today is the anniversary of his birth – he was born May 14, 1936.  As a baby, he had bouts of Rheumatic Fever, which caused some damage to his heart.  He beat many odds and lived longer than most doctors expected him to.

He began his career writing songs for Connie Francis, and eventually recorded his first song, “Splish Splash” which was a hit in 1958.  He followed it with many other hits including “Dream Lover,” “Beyond the Sea,” “If I Were a Carpenter”, and “Mack the Knife.”

The song is from The Threepenny Opera.  Bobby saw this show at a theater in Greenwich Village in 1958 and thought he could present it in a more “jazzy” way.  He began to sing it in his nightclub act and got a good response.  He recorded it on an album and the sales of the album and his nightclub act had audiences wanting more of it.  Originally Bobby did not want to release the song as a single.  After all, he was a teen idol and had an image to uphold.  A old song about a murderer could easily tarnish that.  The record label decided that it should be released – and the rest is history!

One cool piece of trivia (at least for me, as a trumpet player):  Doc Severinsen, who would go on to work with Johnny Carson as the bandleader of the Tonight Show Band, is one of the trumpet players on this song.

Oh, the shark, babe, has such teeth, dear
And he shows them pearly white
Just a jackknife has old Macheath, babe
And he keeps it out of sight

You know when that shark bites with his teeth, babe
Scarlet billows start to spread
Fancy gloves, though, wears old Macheath, babe
So there’s never, never a trace of red

Now on the sidewalk, ooh, sunny morning, uh-huh
Lies a body just oozin’ life
Eek, and someone’s sneakin’ ’round the corner
Could that someone be Mack the Knife?

There’s a tugboat down by the river, don’t ya know
Where a cement bag’s just a-droopin’ on down
Oh, that cement is just, it’s there for the weight, dear
Five’ll get ya ten, old Macky’s back in town

Now d’ya hear about Louie Miller? He disappeared, babe
After drawin’ out all his hard-earned cash
And now Macheath spends just like a sailor
Could it be our boy’s done something rash?

I said Jenny Diver, whoa, Sukey Tawdry
Look out to Miss Lotte Lenya and old Lucy Brown
Yes, that line forms on the right, babe
Now that Macky’s back in town

Look out ol’ Macky’s back!

There are many biographies available about the life of Bobby Darin.  His son, Dodd, wrote one entitled Dream Lovers which talks much about his dad and his mom (Sandra Dee).  It’s an honest read.

Bobby had health issues throughout his life and his heart already had issues.  In 1973, he neglected to take the antibiotics he was prescribed for his heart before a dentist visit.  He ended up developing sepsis which spread throughout his body.  This made him weak and affected one of the valves in his heart.  He checked himself into the hospital for another open heart surgery (he had two heart valves replaced in 1971).  After a six hour surgery, he died in the recovery room on December 20, 1973.  He never regained consciousness.  Bobby Darin was 37 years old. 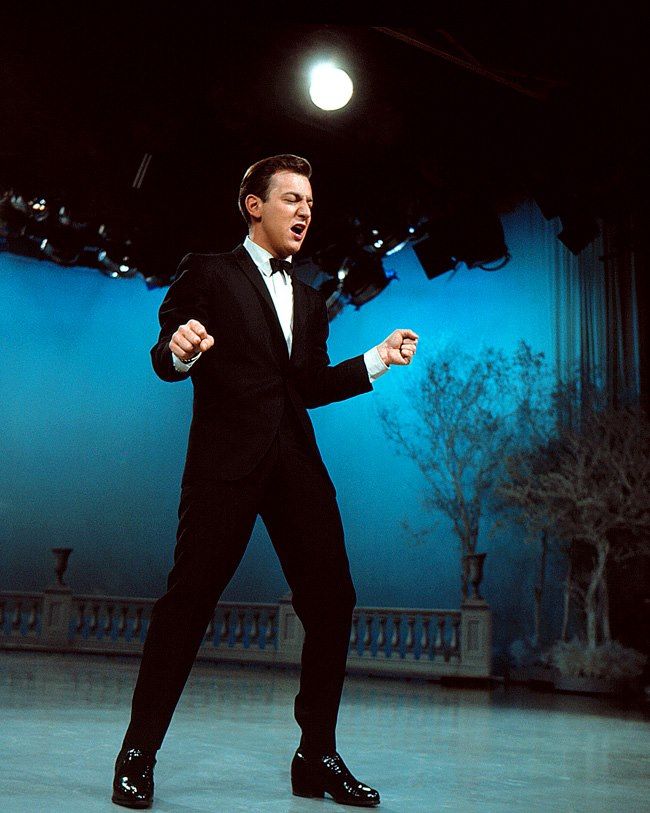