The iPod Classic debuted in 2001.  At this particular time in my life, most of my music was on “mix tapes” or on CD’s.  It was about 2006 when I finally caved and bought my iPod.  I bought the 80 gig version.  The iPod has out lasted the computer that I originally used for iTunes!  Eventually, after loading it with over 5000 songs, I reached the point where I reached the maximum amount of computers that I could use for that iPod (I don’t know, maybe that’s changed now).  It has been some time since I added any music to it, but I am constantly listening to it! 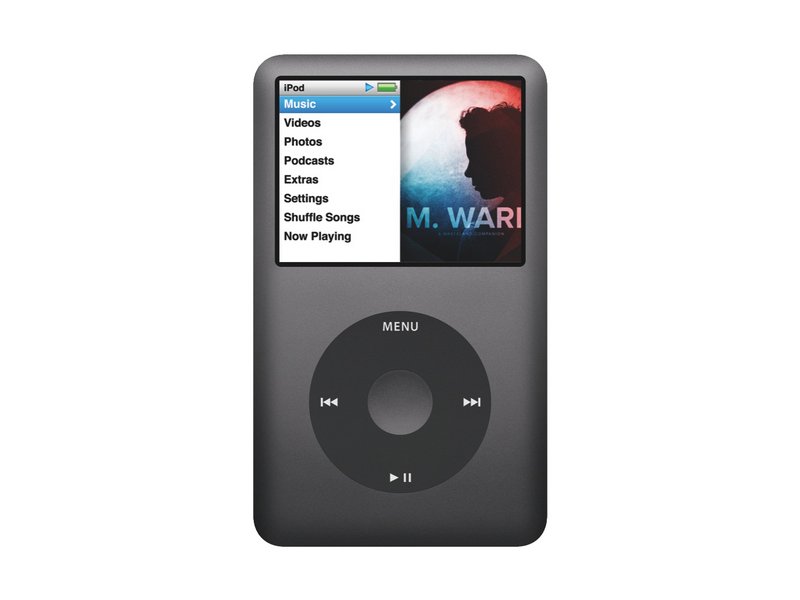 As a music guy, I HAVE to have music!  I have Pandora on my tablet, but I find that their play lists are often narrow, and even shuffling between my “favorite stations” doesn’t help.  My son had Spotify on his phone, and I really don’t know much about that.  I don’t use my phone for anything really but making calls, taking pictures, and surfing Facebook.  I don’t want to be using an App and find out it is using all my data (when I am not connected to Wi-Fi – which happens WAY too much!). When I want music – my music – I can grab my iPod and enjoy!  I can replay songs over and over if I want and I can skip songs I am not in the mood to hear.

I listen to my iPod a lot, especially at work.  There are times when I need to zone out and score studies that are running and I just need to tune out what else is going on in the tech room.  Other times, I find myself annoyed by the chatter of co-workers, so I “headphone”.  I can still watch patients and enjoy my music, while tuning out BS.  I have a pair of headphones that I use at work that are “noise cancelling”.  They are amazing – and sometimes allow me to escape into my own little musical world.

“Are these things broke?”

As one of my coworkers went off on a rant about something that just annoyed me last week, I reached for my trusty headphones and iPod.  When I put them on and pressed play, and only heard music from the left ear.  My first thought was that the headphones had a short in the cord – a very common occurrence. Yes, I paid extra for the “noise cancelling” feature, but they were not too expensive.  The headphones I wore when I work on the radio are about $100 for a pair, however, I probably only paid about $30 or $40 for these.

A buddy told me, “It’s no big deal.  You can still listen to it in one ear”.  This guy clearly has no idea about stereo and mono!  I have some Beatles stuff that is in stereo on my iPod.  If you are only listening in one ear, you are either hearing guitars with no vocals or vocals with no guitars!  It also ruins any type of classical music. You just miss the whole experience if you are listening to a classical piece in only one ear. I am sorry, but it IS a big deal!

The good news is that I can still connect it to the car and listen with no worries at all.  I just can’t listen at work anymore – which is a MAJOR problem for me.  I may actually have to look into a new or refurbished iPod.  The problem is how do I get the stuff from the old one to the new one?  Another problem is that much of the stuff I have on my iPod is stuff that I used to have on CD, but do not anymore.  I also don’t have a list of the songs that I have on the current iPod, because the computer(s) used for iTunes are long gone.

I guess I could just go buy a cheap MP3 player, but I know those don’t last.  This iPod is 13+ years old and outside of the headphone jack, still going strong!  Maybe a new iPod is something I really need to do.  There are plenty of albums and songs that have come out since the last time I added music to it that deserve a spot on my playlist.  Many of those songs I have on my external hard drive, which I use to DJ, and I will occasionally play that while working on the laptop.  It’s not my iPod, though….

So now it begins.  I am going to hit the “shuffle songs” feature and start at song #1.   I am going to start a list of every song on this iPod and that way when I am able, I can begin adding them to a new one.  I probably need to do a little digging as well, because I couldn’t remember my Apple ID from 2006 if my life depended on it.