Since I began writing this blog, I have stated that “change is good”, and I mean that. However, I will say that I am a …

As a “creature of habit” I tend to order the same things at restaurants, I like my coffee the same way every day, and I drive the same route to work each day. I am very habitual.

For example, I HATE shopping for shoes! Unless, of course, I find a pair that I like. Case in point: I found a pair of New Balance that were very comfortable. When they wore out, I went to the store and found the exact style and bought them again! When those wore out, I went and was told that the particular style I had been wearing for almost 2 years was no longer being made. The rest of that shopping trip was hell for my wife. She watched me as I tried on pair after pair and walked around the store. It was awful. I finally decided on a pair that was close to the ones I had worn previously. I found out that they were the model that replaced the ones I was wearing. No wonder I liked them!

Some might say I am OCD about certain things, and that may be true. I’m not sure why that is, but a friend who is into astrology told me it is because I am a Taurus. 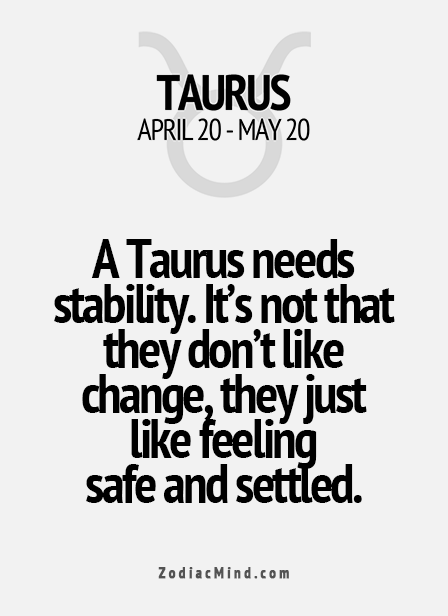 This story may not exactly fit into the “safe and settled” category, but I share it because it is as silly as my shoe story and may give you another chuckle.

So, she recently told me “You need new underwear.” She is not wrong. I do. I planned on going to the store and buying my usual Hanes Boxer Briefs. She asked if I wanted her to order me some from Old Navy. I told her “No. They are not Hanes. I like my Hanes. I’d rather you not waste money on something that I know I am not going to be comfortable in!” She basically said, “Ok,” and left me alone.

For Christmas, she bought some boxer briefs for the boys (cause they needed some). I was folding laundry and mentioned that they boys liked them. She said “You would too, if you’d let me buy you some.” I went off on my rant about not wanting anything but what I normally wear and thought she’d let it go. She basically talked me into letting her order a pack, with the understanding that she would send them back if I didn’t like them.

Tuesday the boxer briefs arrived. I decided to humor my wife and grabbed a new pair to put on after I showered. To my surprise, I found them extremely soft and comfortable. Comfortable, as a matter of fact, does not seem to really even describe how much I liked them. After I showered Wednesday, I chose to put on another pair of these Old Navy boxer briefs and my wife commented “Two days in a row?! I guess you like them!” Feeling stupid for not allowing her to buy them earlier, and at the same time, not wanting her to “win” this battle entirely, I said, “The fly is a bit higher on these, I’ll have to get used to it….” and ended the conversation.

So what is the lesson learned here? Change is good – especially when you are changing your underwear!