May 1977.  The month I turned 7 years old, two movies were released that would have major influences over my childhood, and adulthood.  The movies were Star Wars and Smokey and the Bandit.  I can recall exactly where I saw each movie, too.

I saw Star Wars at Hoover 11 when the movie theater was still in the complex.  I don’t recall the exact date I saw it, but it was within a month of it’s release.  Eventually, the theater closed and became a TJ Maxx.  It was a one screen theater, and I remember the line was long.  I remember waiting in line for what seemed like forever and it being a full house!  I also remember not being able to sleep for a week, because Darth Vader scared the hell out of me.

I do remember the exact date I saw Smokey and the Bandit. August 16, 1977 – 42 years ago today.  I believe my folks had a station wagon at the time, and we drove to the Gratiot Drive-In in Roseville. 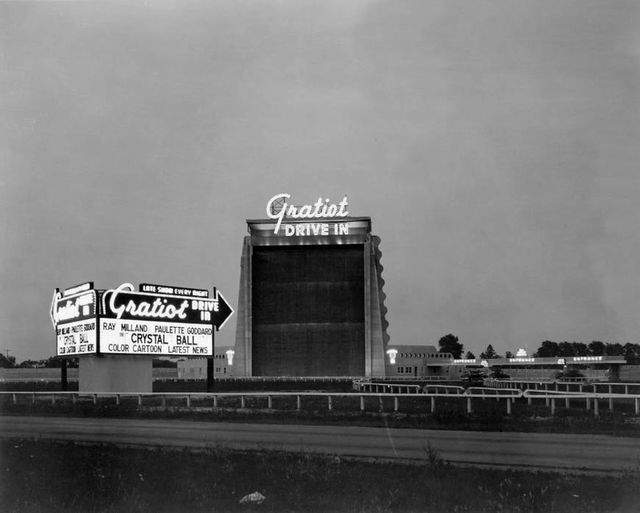 When you saw a movie at the Drive-In, you always got their early.  You found a good spot where you could see the screen without obstruction.  The spot also was ideally close to the bathrooms and concession stands.  You had to pull up to the pole that held the speaker that you would hang from your window, so you could hear the audio of the movie. 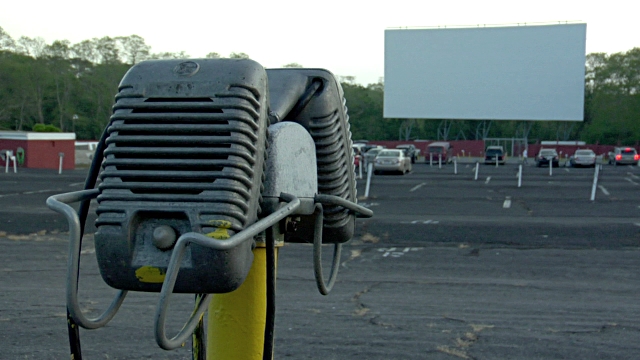 The movie never started until it got dark, so I remember bringing a baseball and mitt to play catch, or we’d go to an old playground that was up near the screen.

As the sun began to go down, we’d go back to the car and dad would usually turn on the radio.  We had an AM radio in the car, and Dad turned on Honey Radio (where I would years later have the honor of working).  I remember the DJ (I don’t recall who it was) coming on and saying that Elvis had died in Memphis.  He was only 42.  They played Elvis music for the remainder of the time we listened.

I remember the news sort of putting a damper on the night.  My dad was a big Elvis fan.  I remember him watching the Aloha From Hawaii concert in the living room. I remember the many albums he had (including the Moody Blue album on blue vinyl). And I remember how he recorded the song Way Down on 8 tracks that we listened to on the drive to Caseville.  Dad would often put Elvis songs on the stereo and play his guitar along with them. 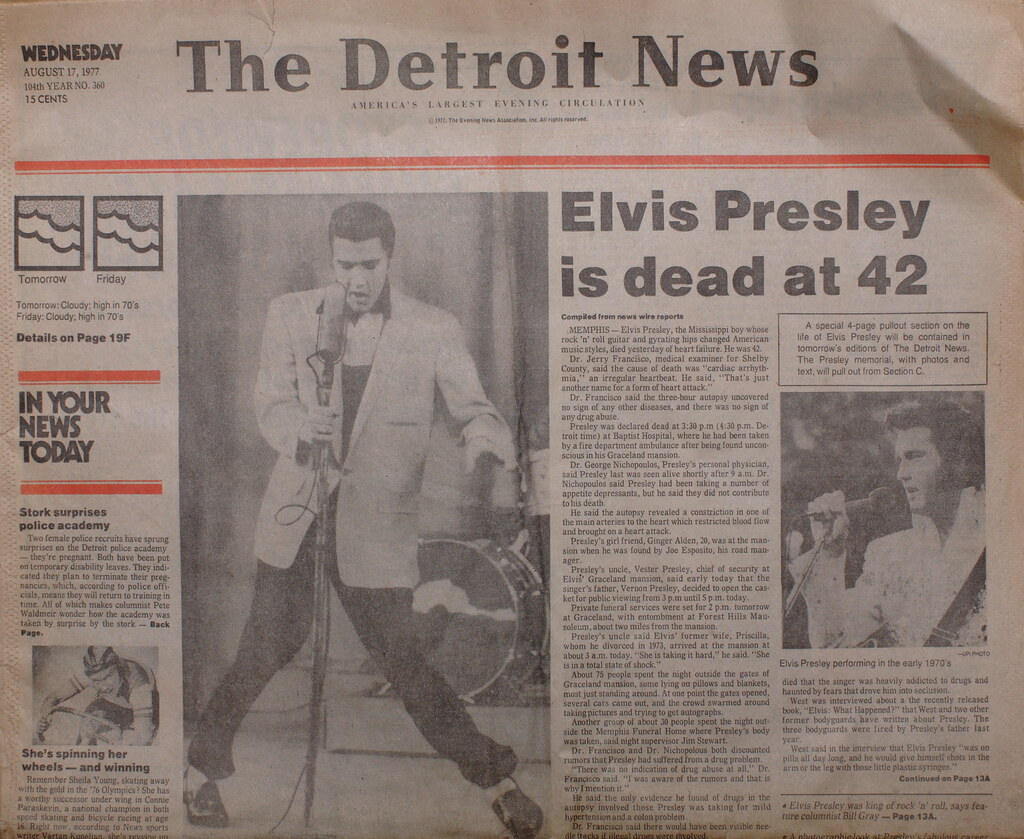 I’m glad that we were at the movies to see a comedy.  I recall my dad being visibly upset by the news.  I don’t know that I had ever seen him that way before.  Once the movie started, I knew he was ok.  I recall the hearty laughter from him as Jackie Gleason shouted out profanity into the CB microphone.  Those scenes continue to make dad and me laugh out loud today – no matter how many times we’ve seen them! 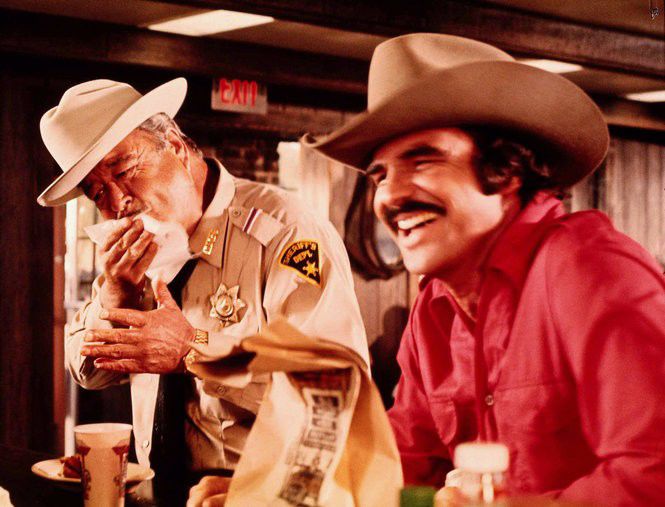 I remember in the days before VCR’s.  I used to record movies on cassettes so I could hear my favorite scenes.  I had no idea that in the future you’d be able to go out and buy your favorite movies on DVD and Blu-Ray.  Smokey and the Bandit was on cable one night at like 12:30am.  It was the last time that month that it was airing.  To me, it could have been the last time it ever aired!  I asked my dad to record it for me on cassette.  When I listened back to it, I could hear dad laughing at all of the Jackie Gleason scenes.  I was probably mad about it at the time, but looking back, I know I’d have done the same thing!

In everyone’s life, there are events that become etched forever in your mind.  For some, it was when they heard Buddy Holly died.  For others, it was when JFK or Martin Luther King Jr. was shot. Those become memories that when you look back on them, you remember exactly where you were, who you were with, and what you were doing.  I have a few of those memories – President Reagan being shot, the Challenger explosion, and, of course, 9/11. The first one that is forever etched in my mind, though, happened 42 years ago today. 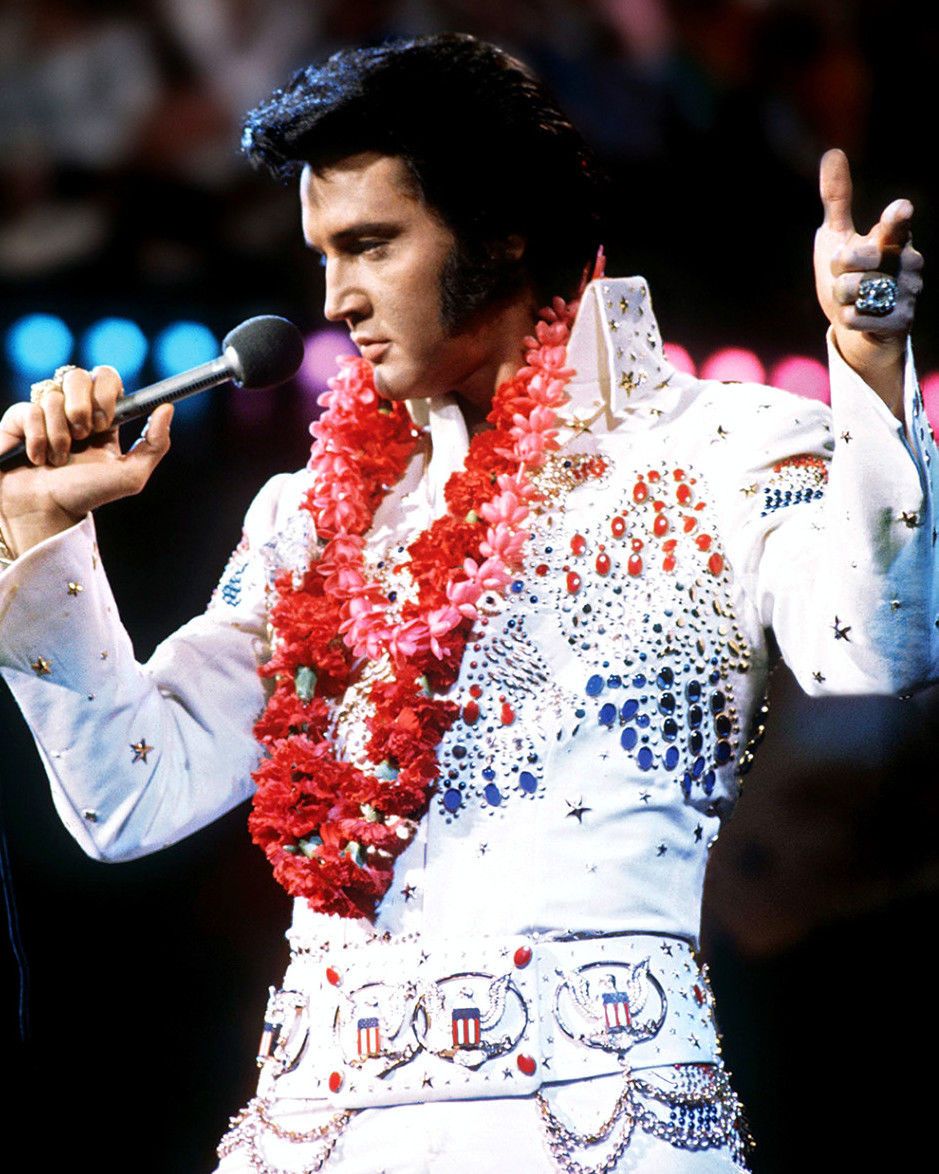 3 thoughts on “The King is Gone”