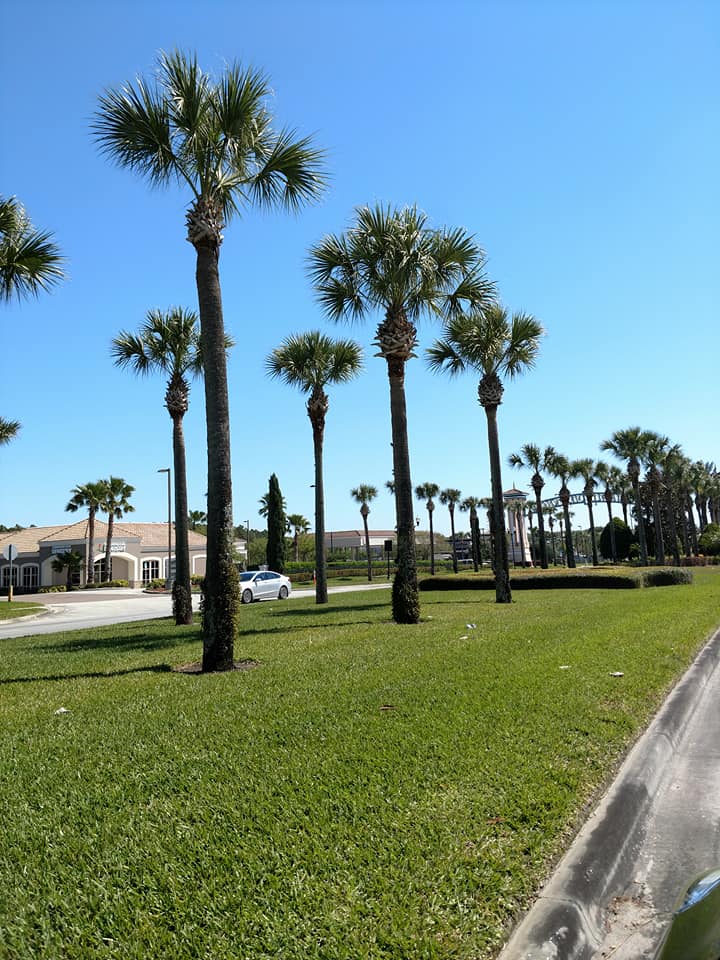 After 18 years without a real vacation, I have returned home. I return rested, relaxed, and in awe. Why the hell have I not done this before?!?! I am sure I could come up with many reasons, and none of them really matter. After this past week, it is clear that a vacation is something that I need to do on a yearly basis. I firmly believe that EVERYONE needs a vacation!

Before I move on, let me say that in the past I have had some mini-vacations. I’d call them “weekenders” or “day trips”. This vacation was a week long and it was amazing. Sam and I decided long before Christmas that we were going to go to Florida. We finally found a week to do it, and made plans accordingly. We had a few things that we absolutely wanted to do, but no real set schedule.

We left Thursday afternoon after having dinner with Steph and Thom. It worked out well, because we were able to swap out driving. Sam probably got the roughest part of it, as she drove through almost all of Ohio while I slept. We drove straight through with the occasional stops for gas and to use the rest rooms. One of the highlights was crossing the Florida state line and seeing those first strips of palm trees.

The last time I was in Florida, I was chaperone on a band trip. Those trips are pretty much scheduled out. Our band director kept us on a pretty tight schedule. This year marks the 30th anniversary of my graduation from high school, so that’s gotta give you an idea of how long it had been since I was in the Sunshine State.

Upon arriving, we were both pretty exhausted. We decided that we were going to relax at the hotel and hang out by the pool. After months of Michigan weather, it is truly amazing how much different you feel when you bask in the sunshine. I mentioned to Sam how often we see patients who some in with a Vitamin D deficiency…We soaked up quite a bit of it this week! Anyway, we ended up ordering a pizza and hit the bed pretty early.

Saturday, we ventured out and visited Disney Springs. Sam had hoped that we might get to Disney and the Magic Kingdom, but we never did. Disney Springs is like a big outdoor shopping mall. It was actually very cool. They had all kinds of neat stores to visit and we hit them all. We stopped at the Star Wars stores and checked out some of the items in there. We walked through the Lego store and saw many girls who had been to the Bibidi Bobidy Boutique. I really enjoyed the visit to the Coca Cola Store. There were so many great items in there and we got our picture taken with the Coca Cola Polar Bear.

We also stopped at Planet Hollywood and checked out some of the merchandise in there. I could have dropped a boat load of cash here. I’m a big movie buff and there were some really awesome things. We decided that we might eat there. A gal was standing outside the restaurant with a menu and we looked at it. This may be a slight over exaggeration, but I am not really going to spend 35 bucks on a Caesar Salad.

Sunday was beach day. We went to the St. Pete Beach. It was breathtaking. The sand was so soft and clean. The water was cold and there were an abundance of seashells there for the taking. We set up our beach chairs, grabbed a water from our cooler and enjoyed the sounds of the waves hitting the shore. I read a book and forgot about all the things in life that could possible stress me out. Occasionally, when I got hot, I’d walk down to the water and put my feet in there. Needless to say, despite how many times we applied sunscreen, we were both pretty burned. It was worth it. Never under estimate the power of relaxing on the beach with a wonderful woman (or man, if that is your situation).

One of the guys I work with often says “that’s sh*t” or “this is sh*t” when referring to unfair or crappy situations. I razz him about it often. On this trip, I made sure to write in the sand “This is NOT sh*t”, took a picture of it and sent it to him. LOL

Monday night, after some very special private moments, we decided that we would grab a nice dinner. The hotel recommended the Texas Cattle Company. It was amazing! The food was spectacular! We both had filet mignon, baked potato, potato bacon soup, and delicious bread. Our service was top notch! Afterward, we noticed that behind the restaurant was a place to walk around a lake. There were sculptures there, plenty of wild life, and lots of scenery. It was one of the many highlights of the trip.

Tuesday was our trip to the Detroit Tigers Spring Training game, which you can read about in the previous blog. I got to meet Tiger Buck Farmer and our seats were amazing. Wednesday, we had hoped to go to the Tampa Zoo and then the Aquarium. We ended up only having time to visit the Aquarium. It is a beautiful place. They have a spot where you can pet a stingray, a neat show where divers are in the tank with sharks right behind the host of the show, and lots of creatures big and small.

Believe it or not, the only gators we saw while we were down there were at the aquarium! One of my favorite animals to watch is the otters. They were very playful and very fast. I never was able to get a real good picture of them, but they were still fun to watch.

We did the Wild Dolphin Cruise. We boarded a boat and they take you out into Tampa Bay and you watch for dolphin. We were lucky and got to see a few swimming in the channel before we got out into the Bay. Sam got to see one jump out of the water, The ones I saw were only brief ones. The wind on the Bay was wild that day. The waves were choppy and it made it hard to see any out there. It was an hour and 15 minutes long, and worth every penny. The tour of Tampa Bay was great and the view was beautiful.

Sam loves penguins. They had a backstage pass that you could buy, and we did that. What an extraordinary experience! When we walked into this room there were like 9-12 penguins, and the all immediately come to the front of the “pen” they are in and look like they are waiting for you to pick them up. The marine biologist who ran the tour, pulled one out and walked it around to all of us so we could pet it. The penguin was flapping his wings in excitement the way a dog wags his tail.

After she brought the penguin around to each of us, she set him up on the bench so we could all have a picture taken with the penguin. Sam loved every minute of it, including when the penguin pooped on me! we got to watch him swim around and feed him. I didn’t know what to expect, but I can tell you it was truly out of this world.

My cousin lives down in Tampa, so we were able to meet him for dinner and good conversation before heading back to the hotel. Sam’s still working on stuff for school, so we headed back so she could take her final exam.

I trust the “locals”. Not once during this trip were we sent to a bad restaurant. The Mexican place we went to had a mariachi band playing while we ate. So talented and so fun! We were told about this little Italian place that was family owned, excellent food. I wish we could had done the rotating restaurant my friend Stacey told me about, but we didn’t have time.

A few regrets: I had friends who were close to our route that I wish I could have seen. My Nashville friends will have to be a separate trip, LOL . Some long over due catching up must happen next time.

How do you know it was a good trip? I literally, almost began to weep prior to leaving. I truly had the most amazing time. Spending this week with Sam was a much needed vacation and I cannot wait until we get to go back. Our time there brought us closer – and that is what it’s all about.

So use that vacation time! Enjoy time with the one you love! Make unforgettable memories.