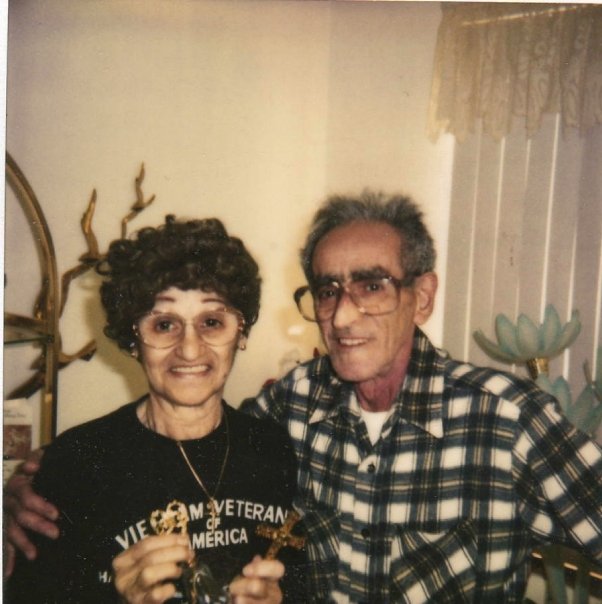 I am far from a professional writer. I don’t write for anyone, but myself. If someone reads my stuff and finds it enjoyable or relatable, it is a bonus for me. The blogs that I write are a collection of various thoughts on a variety of topics ranging from music to television to movies. It also is a place where I can post some of my personal stories. These blogs are far from perfect and probably full of grammatical and spelling errors. I wish that I could find the time to take a writing class that would help me become a better writer.

For half a semester, I actually was taking a creative writing class. I had to drop all the classes that semester due to a death in the family. I never was able to go back and finish. Today, while cleaning up some files, I came across the first piece I had to write for that class and was actually impressed by it. As I read it, I found it hard to believe I wrote it! I remember the assignment. We were to write about a dream we had. We were to use the five senses to describe things in the dream and only use no more than 850 words. I remember, after writing it, I sent it to my brother (who DOES write) to see what he thought. Here is that assignment:

The black numbers 27321 were as clear as day against the white background of the address plaque. As I pull into the driveway in my black 1979 Chevrolet Caprice Classic, every thing is exactly as I remember it. The echo of the car door slam bounces of the walls of the garage, just as it has every Sunday. As I enter the garage, everything is in its place.

In the corner stands the large, black cabinet with the doors that squeaked loudly when they were opened. Behind those doors were the shovel, the rake, and the edger each hanging from the labeled hooks. On the shelf above was a can of oil for the lawnmower, gloves for yard work, and a bucket. The bucket was where the weeds that were pulled from the grass and cracks in the driveway would be placed and carried to their final resting place in the aluminum trash can. To the left of the cabinet was the green and yellow lawn mower, which sparkled like new (It was washed and rinsed off after every use).

To the left of the lawnmower was the white screen door that led into the house. Walking toward the door, I can see the fireplace through the glass. I place my foot on to the grey concrete step and open the door to enter and walk in. As the door closes behind me, the barrel of the “door closer” made a slight hissing sound which was followed immediately by the “chink” of the latch of the door snapping into place.

I stand with the door now closed behind me. I am listening to the sounds of the antique cuckoo clock ticking away the minutes of the hour. A flood of memories rushes to the forefront of my mind. The memories of so many Christmas Eves, all night Pinochle games, and Easter basket hunts that had happened in this house run through my head.

To my left is the long hallway that leads to the bedrooms and the den. The walls are white and there are no pictures hanging on the walls. Directly in front of me is the fireplace. On the mantle I can see the two gold frames which hold the 8×10 pictures of my brother and I from our senior year of high school. To my right is the big yellow couch that sat against the paneling that had more than likely been on that wall since the house was built. It was the same couch where we heard the news of the passing of my grandfather in 1981. Just past the couch, was the kitchen.

Upon entering the house, there were two distinct smells which immediately filled your nose. First was the smell of stale cigarettes (Kool, Pall Mall, and Lucky Strike), even though it had been some time since they quit smoking. If you had a wet rag with ammonia water, wiping the walls would obviously lead to the drips of orange/brown colored water -the remnants of smoke that had clung to theese walls for many years.

Next was the smell of her sauce! The process stared at 3am. Garlic was pressed and chopped, sautéed, and mixed with tomato sauce, sugar, and tomato paste. Fresh basil and bay leaves were added along with Italian sausage, stewing beef, or homemade meatballs for flavor. The whole thing had to simmer for at least 6 to 7 hours before she would even think about serving it. My mouth watered as I began to anticipate the spaghetti that would be topped with this culinary masterpiece.

There, at the table, sat a skinny and frail old man who looked like Abe Vigoda from the Godfather. Instead of wearing a pinstriped suit, however, he wore a brownish/tan flannel shirt. In front of him was a stack of lottery tickets and he was checking them to see if he had a winner. Next to him, sat a short, stereotypical Italian grandmother. She sported glasses with huge lenses and eyebrows that were painted high on her forehead. She sipped black coffee from her cup. As she hears the screen door close, she looked up from her cup and says the words she has said every Sunday – “Come and eat.”

As I walk toward them, with every step closer, one by one, the things in the room fade away. In the blink of an eye, the old couple has vanished as well. The furniture, the cuckoo clock, the coffee cup, and more – all were no longer there. The smells, which had been so distinct and powerful, had dissipated to nothing. I now realize I am standing in an empty room. Devastated, I fell to my knees. As tears begin to fall, I am overcome with sadness, and feel an emptiness. The one thought that fills my mind – I miss Sunday dinner with grandma and grandpa.