This blog is my entry to The Costume Drama Blogathon, which is being hosted by Debbie at Moon In Gemini.  The rest of the entries can be found here: 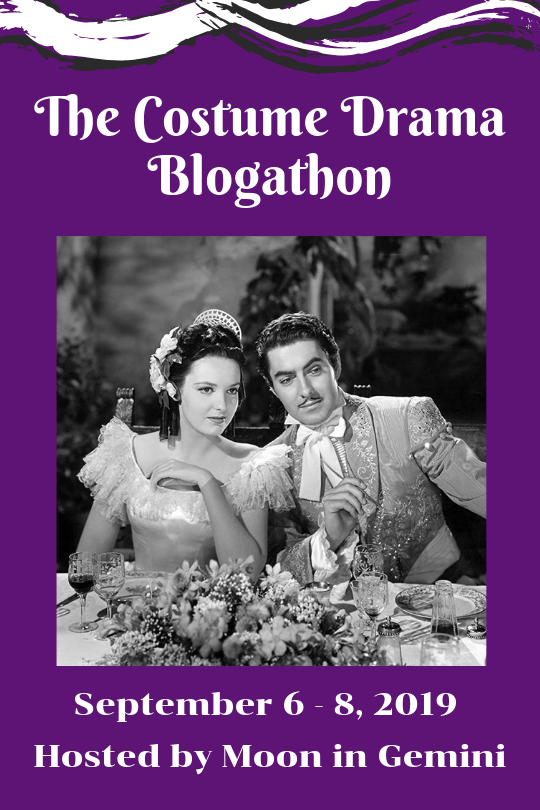 Debbie uses the term “drama” loosely and said it was fine to write about musicals or comedies, which is what I am focusing on today.  The movie had to take place 1920 or prior and could take place anywhere in the world.

I am writing about one of my favorite silly comedies – Zorro, The Gay Blade starring George Hamilton.

This is one of those movies that many people are just unfamiliar with.  This is a shame.  I saw this movie when it first came out in 1981 and my brother and I have been quoting it ever since.  It is not odd for a phone conversation with my brother to begin with a quote from this movie.

The film’s opening dedication states: “This film is dedicated to Rouben Mamoulian and the other great filmmakers whose past gives us our future”. The movie opens with a black-and-white clip from 1940’s The Mark of Zorro which Mamoulian directed.

The opening narration (done by the great Frank Welker) sets the tone for the film:

“In the late part of the 18th century, the peasants of California were oppressed by tyrannical land owners. To protect the poor and downtrodden people, there emerged a mysterious swordsman who pledged his life in the service of justice. To the people, he was a great hero who would live forever in their hearts. To the landowners, however, he was a real pain in the ass. He was known only as… Zorro!” 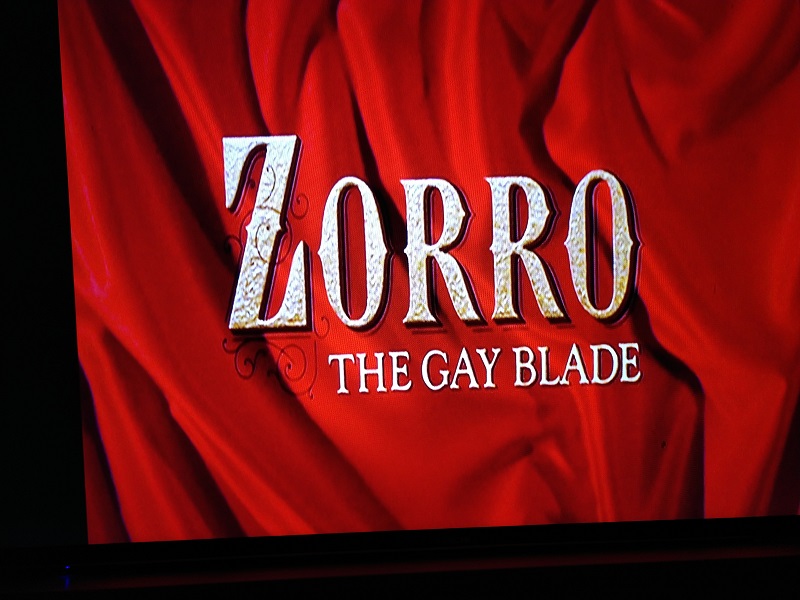 George Hamilton is just perfect in this film.  He plays a dual role, which in reality, is like 4 roles.  He plays the suave and sexy Don Diego de la Vega (1), who is also Zorro (2).  He also plays his homosexual brother Ramon de la Vega – AKA Bunny Wigglesworth (3), who is also Zorro, the Gay Blade (4).  He plays Don Diego with a slightly exaggerated Spanish accent, while Ramon/Bunny is played with a British/English accent.  Hamilton does a great job of playing these as two very distinct characters.  Not only do the accents of the two differ, but the body language in which the characters are played are very different.  You really almost feel that two actors are playing the roles. He was nominated for a Golden Globe for his performance in the film. 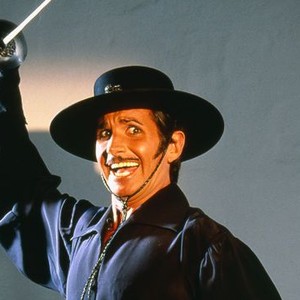 Ron Leibman plays the evil alcalde, Esteban.  He not only uses his actions to make his character convincing, but he also has a great command of his voice.  He often yells, like a power hunger mad-man, but when needed, he can speak in a mellow, soft tone.  He also plays a variety of emotions – and conveys the anger of the character in such a way that you feel his frustrations.  He’s really quite a jerk in the film, and he is the butt of many of the jokes, and the perfect foil for the hero, Zorro.

Brenda Vaccaro is Florinda, Esteban’s wife.  We learn almost immediately that she was the woman that both Don Diego and Esteban wooed as young men.  Unlike Hamilton and Leibman, who play their roles with heavy Spanish accents, Vaccaro doesn’t speak with one.  Her raspy, almost manly voice only adds to her character.  She craves sex, is unhappily married, spoiled, childish, and annoying.  She also gets many of the movies funny lines.

Lauren Hutton is Charlotte Taylor Wilson.  She is a political activist who is there to encourage citizens to fight their independence.  She is a thorn in the alcalde’s side and is the love interest of Don Diego.

Donovan Scott (Popeye, Police Academy, and 1941) plays Don Diego’s mute servant Paco.  Though he never speaks in the film, he conveys exactly what needs to be conveyed with his facial expressions.  He has wonderful chemistry with Hamilton. 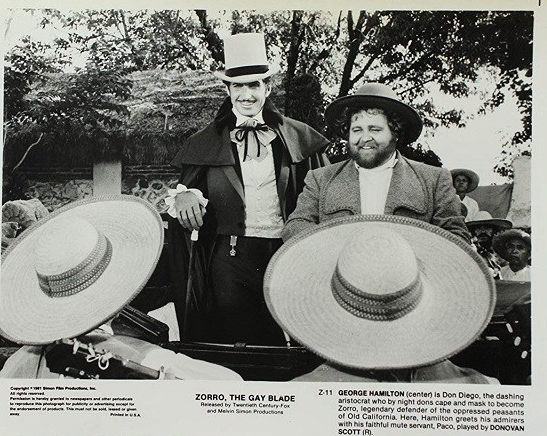 What I Love About This Film

I have heard many compare this film to The Princess Bride.  I think that is a fairly good comparison.  The humor of both films is very similar.  I think Zorro has a lot more “under the breath” one liners, and is a bit less of a love story.  Both films have that sense of adventure, but I think there’s more in Zorro.  Both have swordplay, but again, there’s more in Zorro.

Here is the trailer:

Don Diego is summoned home by his father.  He arrives to find that he has passed away and his childhood friend, Esteban is acting in his place as alcalde.  His father’s servant brings a huge casket which contains a black hat, sword, black cape, and letter from his father, which reads:

“My Dear Son.  I do not call you by name because I do not know which of you two brothers will be the one to read this, but whoever does inherits the greatest gifts that I possess.  This sword with which to fight injustice; this mask with which to deceive tyranny, and this hat which needs reblocking.  Where them with honor, for in time of need it is the destiny of the Vega men to become Zorro.”

In his first outing as Zorro, he injures his foot and can no longer “fight injustice”.  The alcalde’s reign of terror on the people goes on for weeks and Diego is unable to help them.  It is then, that Diego’s gay brother Ramon returns home (presumably after also receiving a letter from his father).  Diego recruits Ramon, a British Navy man who now goes by the name Bunny Wigglesworth, to become Zorro in his place. It takes some convincing, and after being allowed to make Zorro “his own”, Ramon agrees, using a whip instead of a sword, and changing the costumes a bit.

Finding his “voice” as Zorro makes for a funny scene – I love how his face is half made up.

The change in Zorro does not go unnoticed.  In one of my favorite scenes, the alcalde notices that Diego looks like Zorro and gets him to “act” like him ….

The film becomes even more absurd and hilarious once Diego’s flamboyant and fashion-conscious brother takes over the role of our hero, Zorro!  Can they bring the alcalde to justice?  Will Diego woo Charlotte Taylor Wilson?

(Spoiler: They do and yes – with many laughs along the way!)

Zorro was far from a “hit” at the box office.  I think it only made like $5 million.  The fact that it wasn’t a hit, doesn’t prevent it from being one of my favorites.  As I think about the list of my favorite films, there are plenty of them that didn’t “perform” at the box office – this is one of them.  It is one of those films that I had to watch twice to catch all of the little “under the breath” jokes, and continue to watch (and quote) when I need a good laugh.

Is this the best comedy you will ever see?  Probably not.  It is, however, a fun and adventurous romp with a familiar hero.  It’s one of those films that is difficult to find in the store to buy or rent … It is available at this link on YouTube:

“Remember, my peoples. There is no shame in being poor! Only in dressing poorly!” – Bunny Wigglesworth/Zorro, the Gay Blade

15 thoughts on “Zorro, The Gay Blade”