Yesterday’s blog was an emotional one to write.  I put some things in it that I had been quiet about for some time (depression, suicide, divorce, and unhappiness). It came as a surprise to many, and the wonderful words shared by friends on Facebook, and right here on my page meant more to me than you can imagine.  Thank you for reading, following, and your comments.

When I ended my blog yesterday, I brought you to the place where I had come to realize what an amazing woman I had been blessed with.  As crazy as it sounds, so soon after a divorce, I knew that everything was right!  I did not want to lose this wonderful woman that had been placed in my life.  She had expressed to me that she was very happy as well.  There was no doubt that we had both fallen deeply in love with each other.

I knew I wanted to be with her forever.  I wanted to propose and I wanted it to be something special.  I had bought a ring and had kept it hidden.  It was not your traditional “solitaire” diamond.  I liked it, but I kept wondering whether she would like it.  I finally caved and texted her sister and asked for her opinion.  She told me it was “perfect” and that it was exactly what Sam would like.

Sam loves Disney movies.  In discussing movies, we discovered that we both loved the Disney/Pixar film, Up! (An amazing film, that is a MUST see).  The film begins by introducing us to Ellie and Carl.  They are adventurers!  Ellie even has An Adventure Book to record all of her adventures.  Ellie and Carl grow up, get married and the book plays a big part of the story.  In doing a search, I found the perfect way to deliver the ring!  I found a book that could be personalized and when you opened it up, the ring would be tied to a ribbon!

It was PERFECT!  I ordered it with the understanding that it would take a few weeks to deliver.  I had made dinner reservations at a nice Italian place we had discovered quite by accident.  It technically wasn’t where we went for our first date, but we both really liked it, so I chose to go there to have dinner after she (hopefully) said “yes”.  We live close to Frankenmuth (home of the world’s largest Christmas store, for those who don’t live in Michigan), and I had arranged for a horse-drawn carriage ride.  The plan was to hand her our book and ask her while we were crossing the bridge in Frankenmuth.

When the plan fails to come together, you improvise …

As that Saturday approached, I continued to watch the mail.  The book had not arrived yet.  I knew when I order it that I was cutting it close.  When the book didn’t arrive in the mail, because of our work schedules, I decided I didn’t want to wait a week.  I had the carriage reserved, I had reservations for dinner, I would proceed without the book.

We arrived in Frankenmuth and we began to walk toward the Bavarian Inn Restaurant (where the rides leave from).  Sam looked a bit confused, because I had already told her I had dinner plans in another city.  She must have thought we were going to eat there, until I walked up to the horse and carriage.  We climbed aboard and the ride began.  I began to thank her for how she changed my life.  We turned onto main street and approached the bridge.  I told her how happy she made me and how much I loved her.  As I struggled to try to get the ring box out of my pants pocket, I told her I could imagine my life without her in it.  Off in the distance, there was a slight rumble.  With the ring box now in my hand, my anxiety level was through the roof!  As we reached the point – it was time.  As I began to speak, from behind the carriage that rumble had become a load roar!  At the very moment I was about to ask Sam to marry me, this group of 20-50 bikers came roaring past us with a thunderous noise that made it impossible for us to hear each other! 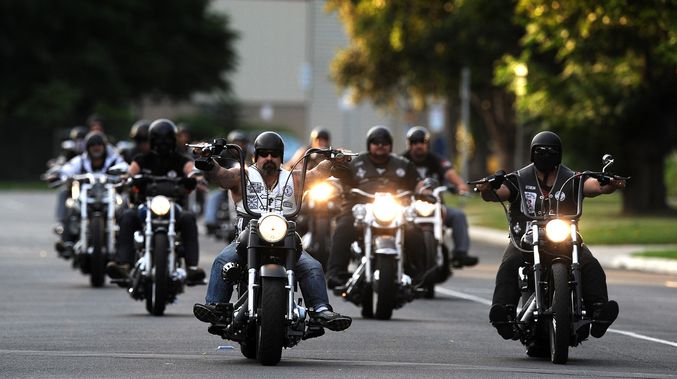 To this day, I am surprised that the noise didn’t startle the horse that pulled the carriage.  I don’t know, maybe it was deaf!  It had to be.  Honestly, that horse should have jumped and scurried and wrecked the carriage with us in it!  That didn’t happen, thankfully, but by the time the motorcycle gang from hell had passed us, we were over the bridge and the ride was just moments away from ending.  We were almost back to where we started.

All the momentum that I had built up to lead to that special moment was now long gone.  I think, to be funny, I said something along the lines of, “So, anyway ….”  and eventually popped the question before the horse and carriage had come to a stop.  She, of course said “yes”.  There were tears and my anxiety was no longer present, it had been replaced by overabundant joy!

We held hands almost the entire way down to the restaurant.  I think the only time we weren’t holding hand was when she was looking at the ring, now on her hand, smiling that wonderful smile of hers!  We had an amazing Italian dinner at Maggiano’s and we had an amazing day!! 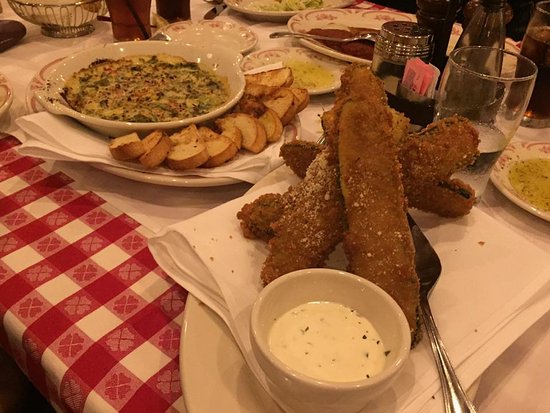 Now to plan the wedding

The only people we told right away were some family members.  Her folks knew, her sister at least knew it was coming, and My dad and Rose knew.  We chose to keep it secret from our friends and other family members until we decided when and where we were going to get married, and go from there.

With our first anniversary only two days away, that story will be next.

Oh, and that book showed up the Monday after our date!

2 thoughts on “Part II – The Proposal”