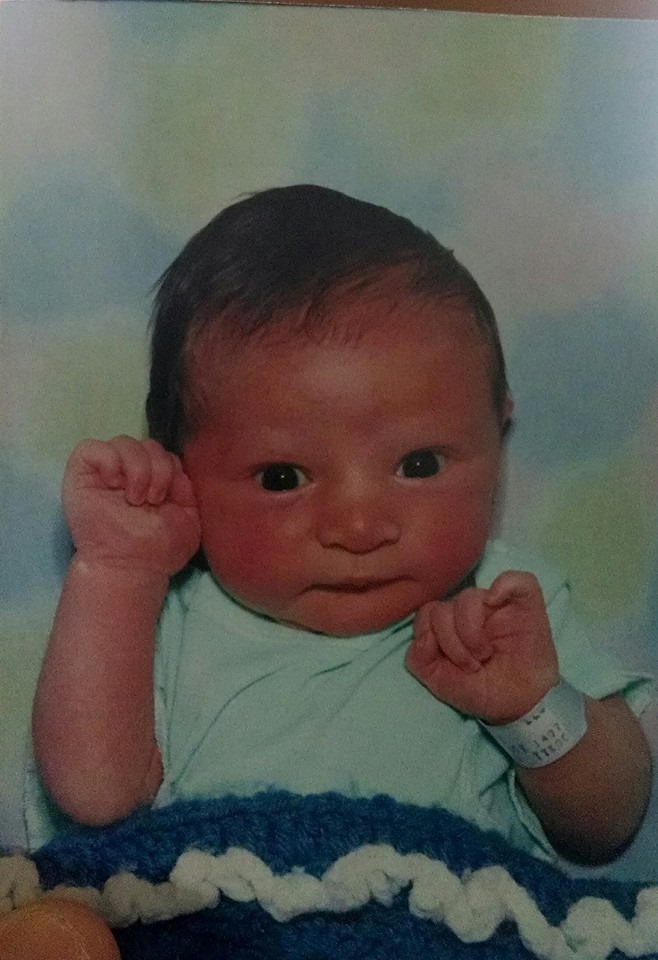 They say that when you have children, the clocks in your life begin to tick away the minutes, hours, days, weeks, and years faster than ever.  There is a lot of truth to that statement.  It certainly doesn’t feel like it, but 16 years ago today, my life was changed forever.  My oldest son, Dante’ was born.

While many people want to know the sex of their baby (and some even go as far as to request the sex now that science can do that), I didn’t want to know.  The nursery was painted in a neutral tan with a Noah’s ark border.  The baby clothes that we bought were neither blue or pink, but a lot of yellow, green, and other non-gender colors.  The day he was born, the labor went on forever and he got stuck in the birth canal.  An emergency C-Section was done and I remember the doc dropping the sheet in front of me, saying “it’s a boy” and raising the sheet back up and they whisked him over to the scale.

You never really know joy until you hold your first child.  After sixteen years, I still can’t put into words the amazing feeling you get.  You notice everything.  The color of their eyes, just how tiny their toes are, how sharp their fingernails are, you get caught up in every breath they take.  You marvel at just how soft their skin is, and the fact that you had a hand in creating this perfect little human.

Dante’ was developmentally delayed.  We found this out when he was about a year and a half.  There were things he was excelling at, but there were things that he should be doing that he was not.  He was not as verbal as the docs wanted him, so we had pictures that we used as cues to get him to tell us what he wanted.  Our behavioral neurologist was amazing and gave us a lot of things to do to help him.  He began to do better.  I used to sing to him at night.  I sang him Dean Martin songs and songs we learned from Sesame Street and such.  I remember driving with him in the car and all of a sudden he began to sing.  He sang “On an Evening In Roma” word for word.  I remember my eyes welled up with tears.  It was an amazing thing!

Eventually the doc told us that he was on the Autism Spectrum and that there was still plenty of work to do.  There was a time where they didn’t even know if he would be in regular education classes.  Dante’ had plenty of preschool and when it was time for Kindergarten – he went into the Regular Ed class with some help and an IEP.  He has been in Regular Ed classes his entire time in school.  There are some things in place to help, but he has gone above and beyond what those doctors told us.  I couldn’t be more proud!

He has received his share of awards, one of which was unexpected.  He was given an award by his music teacher.  She stated that there was a boy who always was helpful, happy, cared for his classmates, always participated and gave his all to whatever they were doing, and just made everyone in the class – and the teacher – smile.  He made a difference.  I remember sitting in the audience that day and watching him get a hug from her.  It was a pretty awesome parent moment.

He followed in his dad and mom’s footsteps and played trumpet in the middle school and high school band.  After his freshman year, he decided that he didn’t want to continue, which made me sad.  Even though he may not be doing it anymore, I will treasure the memories of sitting and watching him play on stage.

On my iPod, there are many songs that make me think of him.  Naturally, the Dean Martin songs I sang to him:  On an Evening In Roma, Watching the World Go By, Everybody Loves Somebody, and Buona Sera (which is Italian for goodnight, appropriately).  I am pretty sure I sang him some Sinatra too, I just can’t recall which ones.

Two songs I have on the iPod that ALWAYS remind me of Dante’ are I Don’t Want to Live on the Moon and Blue Shadows on the Trail.  I Don’t Want to Live on the Moon was sung by Ernie on Sesame Street.  Sometimes he did it solo, but most of the time they played the duet with Ernie and Aaron Neville.  He would sit and watch that in silence and just smile.    Blue Shadows was the song that Chevy Chase, Martin Short, and Steve Martin  sing at sunset in the movie The Three Amigos.  I remember him standing in front of the TV watching that scene over and over again.  I actually searched online and found the soundtrack for the movie so I could have it.

He is no longer that little boy who watches Sesame Street.  He is 16 today.  The hands of the clock spun faster than I could possible imagine.  I have seen my son thrive and grow into a mature young man.  He has such compassion for others.  He is sad when his friends are sad.  He holds doors for people when we are out at the store.  He is everybody’s friend.  He is going to make a difference in this world!  I am proud that I was chosen to be his father and I love him and his brother more than I could ever express.  Happy 16th Birthday, my boy.  May God continue to bless you each and every day. 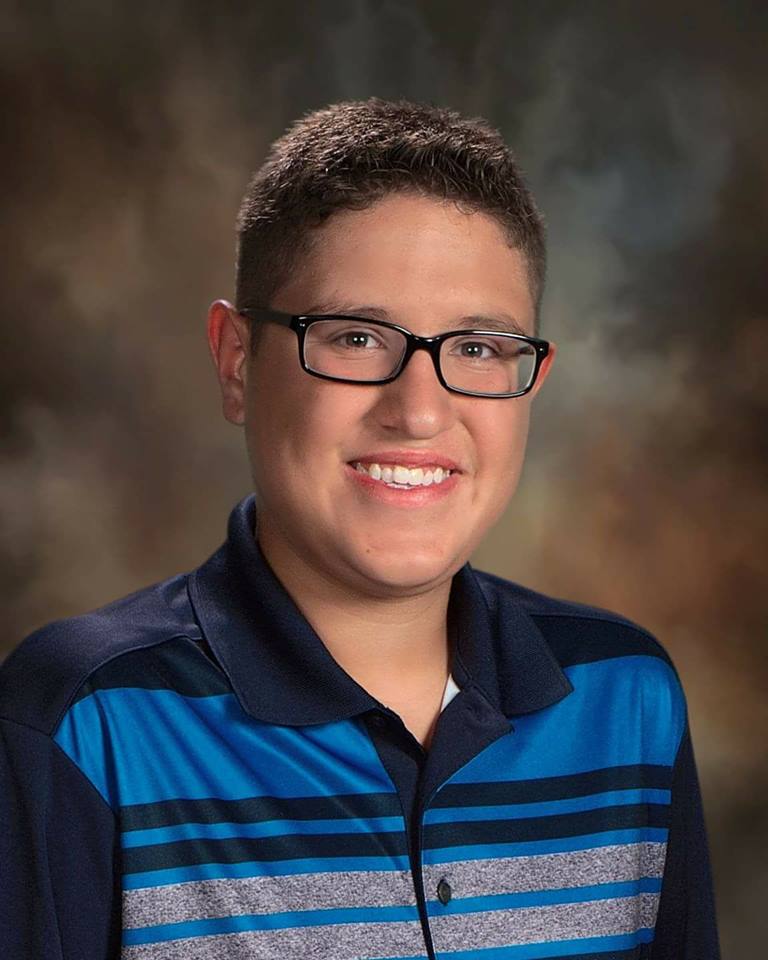